Guest blogger Charlie Munns, instructor on the Odyssey liveaboard vessel in Micronesia, has completed over 1,500 dives in Chuuk Lagoon, the ultimate wreck diving destination. Charlie explains some of the history of the area and takes us on a virtual tour of his favourite wreck. 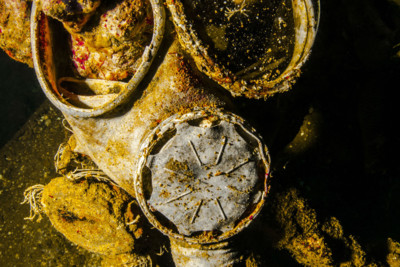 In the build up to World War 2, the Japanese fortified the almost impenetrable Chuuk Lagoon to become their largest naval base east of mainland Japan. It was from Chuuk Lagoon, they launched their attack on Pearl Habour on 7th December 1941. Believing that America would retaliate with a land based invasion, the Japanese mined and guarded the few deep water channels into the lagoon but failed to prepare for an airborne attack. Although about 200 ships were moved to the relative safety of Palau, the Americans attacked with immense ferocity on 17th & 18th February 1944, naming it Operation Hailstone. Within hours, some 61 ships (warships, destroyers, submarine, merchant vessels and tenders) had sunk in addition to over 250 aircraft shot down or destroyed. 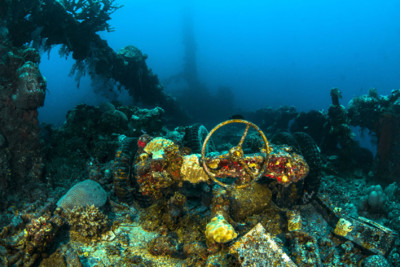 Almost all of these wrecks are dive-able today, in warm tropical waters where it rarely dips below 27°C and visibility that ranges from 15-50m. However beautiful the external spaces, it is penetrating these wrecks that makes them so unique and memorable. As a professional guide, this is my personal account of one of the world's greatest wreck dives, the Fujikawa Maru. This signature dive of Chuuk Lagoon was hit and sunk on 17th February 1944 and at 132m long, rests perfectly upright in a bed of white sand 34m deep with the forward Kingpost barely 5m deep. With the leading edge considered as a wall dive, the Bow is dominated by a huge gun, now draped in delicious colours of soft corals. When actually inside the first of the six holds, engine parts, propeller blades, fuel cells, cotton uniforms and even a small torpedo and artillery shells litter the silty floor. Right at the bottom of the hold, there is a display of artefacts; an outboard engine, a collection of gas masks all draped over a pyramid of machine guns, oil drums and wings for light aircraft. The Fujikawa Maru was an aircraft transport ship, supplying up to 30 aircraft to Eten and other islands. Hold two offers an almost intact Mitsubishi A5M 'Claude', and a number of Mitsubishi A6M 'Zero' cockpits. With care, a diver can take a peek inside each of them, taking in the joystick, gauges and even the emergency oxygen cylinder.

The skylight entrance to the engine room provides guests with unforgettable wreck diving, especially when they see the naval phone box used to communicate with the pilot house five floors above, while the port side has a small storage area with its cargo of coils of wire, nuts and bolts with light bulbs stuck like magnets on the ceiling. A hole at 30m, (the result of the torpedo that sunk this ship), allows access to holds four and five, bending the thick steel plate back like a can of sardines, to reveal the galley, complete with china and glass. Though the sandy bottom looks desolate, it's actually full of life, from a multitude of shrimps and gobies, including the elusive Mantis shrimp, turtles, rays, sharks and masses of trevally and jacks. And the ships themselves are now home to blossoming coral reefs teeming with life. It's truly a dive like no other, but I could say that about all the wreck diving in Chuuk Lagoon.

To experience Chuuk Lagoon wreck diving on the Fujikawa Maru contact us to find out more. 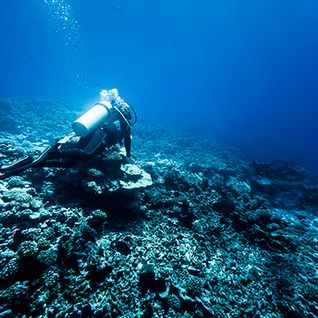 Get Off The Grid

Are you a slave to your smartphone? Can't get through a meal without checking your emails? Fingers twitch if you're not scouring through social media? We're sorry to tell you, but you're addicted to the internet. Luckily for you, we've got the remedy. Whether setting sail to new horizons or…