Curacao and Bonaire | A Caribbean Gem

I was asked to cross the ocean and to go to the Caribbean in order to discover a destination that has been on Original Diving's radar for far too long. Of course, because I am very disciplined, I said yes and off I went to find out more about the best diving and hotels around the Dutch Caribbean Islands, Curacao and Bonaire.

After some research into Aruba, Bonaire and Curacao, aka ABC, and the lack of time I had to discover the islands, I decided to visit only Curacao and Bonaire. Curacao, being the first on the list, turns out was a wise choice. At 444 km2 and around 160,000 people living on the island, Curacao is the biggest and most populated island of the three. It is around the capital Willemstad, a UNESCO World Heritage Site, that most of the population is located but up north, the island is empty and you can find yourself surrounded by the forest in Christoffel park - walking up Mount Christoffel is mandatory here as it offers fantastic views! Known for its blue liqueur, which actually comes in many different colours, the main activity on the island is the treatment of the Venezuelan oil, clearly obvious given the huge refinery in the middle of the island. I wouldn't describe Curacao as a pretty island, nor a typical Caribbean spot. However its real interest lies under the water. There are no sharks or big stuff in general but it is a paradise when it comes to hard and soft corals. The diving is very easy all around the island and all you have to do is to find the yellow stones throughout the island which mark the diving spots accessible from the shore. Pretty easy, right? There is of course the possibility to do some boat dives as well. Some of the best sites include the wreck "Superior Producer" near the capital or "Mushroom Forest" up north.

Curacao was full of great diving memories, but the next island was calling so I hopped on the 25 minute flight to Bonaire. The authorities of Bonaire are working really hard to preserve the authenticity of the island and you clearly feel that they are doing it well. As soon as you arrive on the island, it feels like a totally different place. At roughly half the size of Curacao, Bonaire has only around 20,000 people which gives the island a very laid back and Caribbean feel. Everything is much slower in Bonaire than on its sister island and to me that is exactly what the Caribbean is all about; it gives you the chance to take your time. In terms of diving, it is the same here as most of the dive spots are from the shore, making it the perfect place for people who want to learn to dive, or for people passionate divers; not so much about boat journeys, though.

Overall, Curacao and Bonaire offer some of the best diving in the Caribbean due to the quality of the corals, as well as their shore diving. They are also perfect destinations during our winter as the weather never changes and, unlike most of the other places in the Caribbean, there is no risk of hurricanes at all. I really believe that combining both islands is a great idea. They both offer great accommodation: Baoase on Curacao, or Harbour Village on Bonaire. As well as this, they offer easy shore diving and boat diving. The diving is similar on both islands and you are guaranteed to find huge stag horn corals, massive acropora tables, colourful dendronephthya, or the biggest sponges you have ever seen. Comparing the two, I would say that you can find more corals on Curacao, but more fish on Bonaire, but that's being a bit picky! 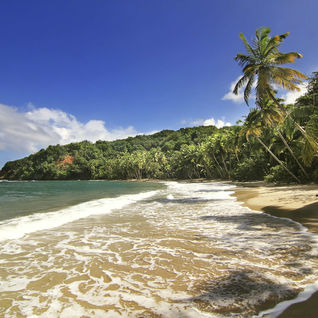 Having never visited the Caribbean, I was excited to be travelling to Dominica. Not fully knowing what to expect I began my journey with an open mind - perhaps somewhat influenced by a general stereotype of Caribbean diving: wrecks, sharks and sandy bottoms… 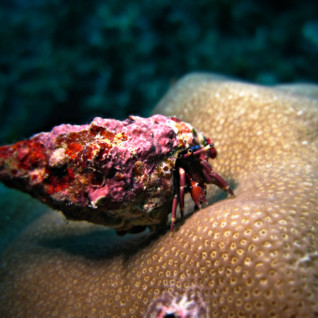 With a brilliant start to 2014 we thought it was time to update you on our diving news, both on how we got on last year with the new places we visited and our hopes for an exciting 2014. 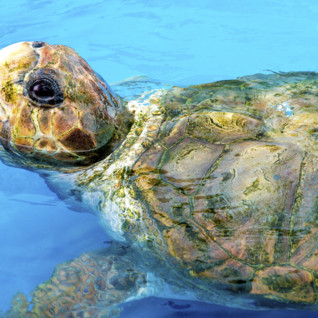 When and Where to see our Marine Life Top 5

Search no more! In this blog, Louisa talks about the best locations to find our top five marine animals: 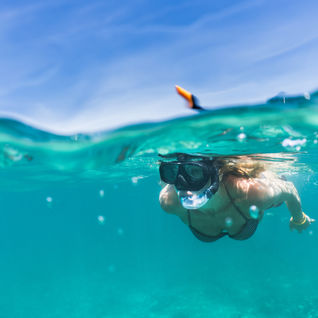 Dive in Style founder Tim Simond shares some of his thoughts on the Turks and Caicos Islands, a remote Caribbean chain he has visited many times over the past two decades.