Divemaster Course - What it takes to become a Divemaster

It's very easy to place professional scuba divers in the "dive bum" category where for men, long hair, a distinct lack of t-shirts, and replacing most words with "chilled" or "dude" becomes second nature (I'm not sure what the stereotype for women is!) However, as I found out, becoming a PADI Divemaster is more demanding (physically and mentally) than it sounds.

I graduated from Newcastle University in the summer of 2009, just at a time when finding a job was not going to be easy. However, all was not lost and I wasn't going to let the recession dampen my summer. It actually coincided quite nicely with a little plan I had been hatching to take a leisurely two month holiday in order to pursue one of my favourite hobbies - scuba diving.

So off I went to the Greek island of Corfu, the most northern island of the seven Ionian Islands, located on the west coast of Greece in the Ionian Sea where I am fortunate enough to have spent almost all of my childhood holidays. After a couple of days getting used to the scorching heat, I went to see my friend Angelo who runs the local dive school, Corfu Divers. The very next day I found myself on a Divemaster course and part of a group of people who were to become great friends of mine. I was already a Rescue Diver when I arrived having already completed my Open Water (in Portsmouth, in November, in a 3mm wetsuit!), Advanced (in Sharm El Sheikh) and first aid qualifications.

So what does the Divemaster course actually entail?

A big part of the divemaster course is the theory - which you need to help answer numerous questions from clients but also to learn more about the physics behind diving and reinforce the need for safety and knowing your limits. Mapping the dive site is also part of the test and this is vital to improve your local knowledge and to give clients the confidence to dive with you. As a very social job (you can meet 10 to 15 new people almost every day) being confident and having a laugh are also crucial.

The bit of the divemaster course that people dread the most is the "stress test" where you undergo a complete equipment change with your instructor (whilst buddy breathing - where you share breathing apparatus) on the sea floor. It's very difficult not to become stressed, but it's a great way to use all of the skills that you have developed during the course, and once completed, is very satisfying!

As with many dive centres, a big bonus of having Divemasters around is that they become the instructor's donkey (if the instructors can get away with it anyway!) What my instructor, Mark, didn't realise was that I was about as useful as a donkey in a NSPCA advert - it took me a long while to get used to lugging heavy tanks up and down the rocky terrain of the dive site (if you were to meet me you would see that I am not the burliest of people!), but by the end of my first week, I was beginning to feel like the female version of Arnold Schwarzenegger (without the accent). I will never forget when Angelo made me carry him out of the water for the fourth time as part of a drill for the rescue course skills and got angry with me when I nearly fainted. Let's just say that he is typically Greek - a lot of fried food has passed his mouth, and not enough salad. However, all of this manual labour is forgotten when you are lucky enough to do 2 to 3 dives each day whilst getting people hooked on a sport that you already love!

If I had one recommendation other than to do the course itself, I would suggest doing it in longer than 4 and a half weeks - 12 exams, a lot of water and stamina skill demonstrations made for long, but nonetheless rewarding days! Oh, and be pre-warned, many dive centres may spring a final surprise on you on the day you qualify - the "snorkel test" where alcohol is poured down your snorkel as quickly as you can manage! Why not think about starting off your PADI adventure by learning to dive - you might even end up becoming a divemaster yourself one day! 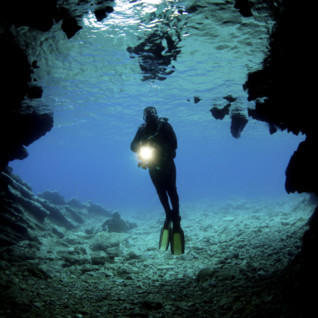 The Dive of my Life

My most memorable dive - I was 18 at the time; I had just finished my PADI Divemaster apprenticeship and was starting work as a diveguide. I soon found myself developing the confidence and skills needed to lead dives myself. 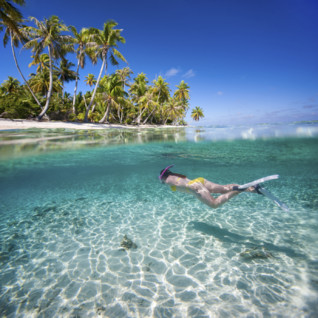 In his ongoing series of blogs, Dive in Style author Tim Simond shares his top destinations for snorkelling.