Marine Animals - Strangers of the Deep

Most of us are familiar with the television programmes exploring the deep blue sea and unearthing strange, often sometimes alien like marine animals such as anglerfish or the deep sea squid. What most of us don't know however is that you don't have to be part of a BBC research team to get up close and personal with these weird and wonderful creatures. All you need to do is dive (or even snorkel!) Here we take a look at some of the strangest marine animals out there and where you can go to find them. 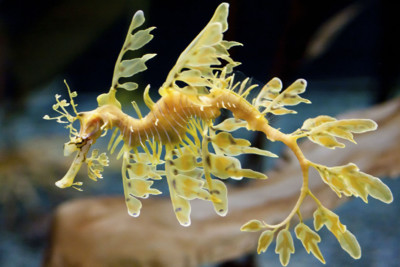 Take a trip to Australia, (but not to the Great Barrier Reef) and you may just stumble across a Leafy Sea Dragon. Found from Kangaroo Island in the south, to Julien Bay in the west, its name is derived from its resemblance to the mythical dragon. Covered with lobes of skin that give camouflage by making it appear like a piece of floating seaweed, they are mainly found between 4 and 15m of water.

Strange fact: Leafy Sea Dragons have no teeth. They are also officially protected by the Federal Government of Australia. 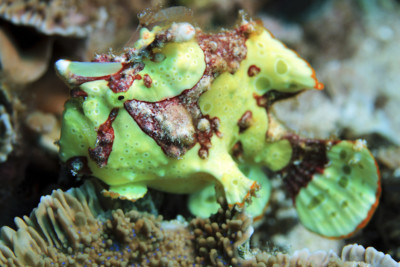 Located a bit closer to home, Frogfish are found in almost all subtropical and tropical oceans around the world (except the Mediterranean) however your best bet to find them is in the north-east of Sulawesi, where scuba divers have already found nine different species. These stocky, plump, high-backed, non streamlined fish are not the most attractive on a reef, but there's something weirdly captivating about them that almost makes you feel sorry for them, like this one taken off the waters from Amanpulo in the Philippines Archipelago.

Strange fact: Frogfish can expand their stomachs to swallow animals up to twice their size.

The Ribbon Eel is sometimes thought to be angry or aggressive, because its mouth is often open, appearing ready to strike. In reality, the eel is simply breathing. Easily recognised by its expanded nostril on top of its mouth, juveniles are jet black with a yellow dorsal fin, while females are yellow with a black fin with white margins, and adult males are blue with a yellow dorsal fin and face. Find them while staying at Amanwana, to the east of Bali.

Strange fact: The males of this species can change sex to become females. 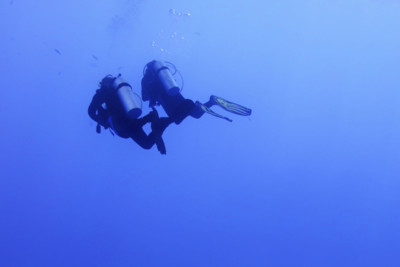 A lot more exotic than your usual sea cucumber, the Sea Apple is found living on coral reefs in Indo-Pacific waters and Palau. These remarkable creatures feed on plankton mainly at night time to prevent predators from attacking their tentacles.

Strange fact: When stressed, Sea Apples can release their internal organs and sometimes a toxin too into the water. 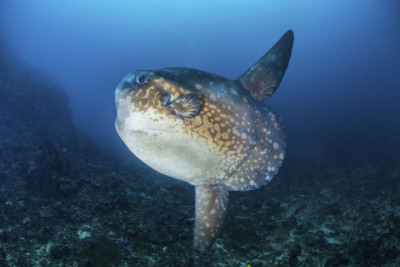 The Ocean Sunfish, or Mola Mola, is native to tropical and temperate waters around the globe. Resembling a fish head with a tail, with a flattened body, they can be as tall as they are long. Find these strange but peaceful creatures at Amankila.

Strange fact: Despite their large size, their diet consists mainly of jellyfish.

The Best Macro Diving in the Philippines

When it comes to diving, it's safe to say that the Philippines offers a bit of everything and on my recent adventure there, I was lucky enough to have a taste of some of the best sites across the country; from thresher sharks in Malapascua to the beautiful coral reefs and walls around Bohol,…