Oh Attenborough, you never cease to amaze us. Last week's Blue Planet was a valuable lesson in marine life intelligence (read: they're smart), this week you've gone all intergalactic… but underwater. Apparently we know more about Mars than the depths of our own seas and, to labour our lack of knowledge, this week's Blue Planet sported a plethora of creepy, alien creatures floating across our screens. But we don't all have access to a high-tech submersible so how are we supposed to see such weird and wonderful marine creatures? That's where we come in and, lucky for you, we know all the best spots for spotting the wackiest critters beneath the waves - at dive-able depths, of course. From technicolour slugs to shield-wielding crabs, here are our favourite places for spotting aliens underwater… 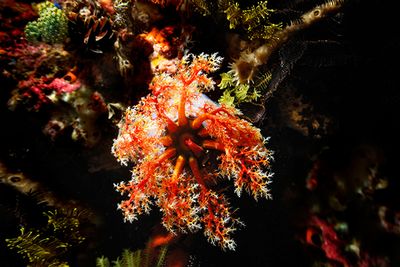 Who can forget the freaky Sea Apple (or Sea Cucumber) using its ten mucus-covered tentacles to gobble down plankton? Okay, so this might have been featured in the first 'One Ocean' episode, but who can deny its alien-esque qualities? Watch these fantastically vibrant creatures sucking their plankton-y paws in West Komodo. While there, dive the nearby Sangeang Volcano, whose warm bubbling floor supports a smorgasbord of macro life, from the pygmy seahorse to blue ribbon eels. 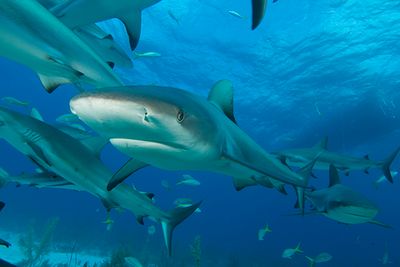 You don't need to descend 760 metres into the ocean to see sharks feasting. In New Providence in the Bahamas you can get in on the action by joining an adrenaline-inducing shark feeding dive. Sit back on the ocean floor and watch the frenzy unfold as up to 30 Caribbean reef sharks snake around you from all angles as they chomp down their dinner, albeit not on a giant whale's carcass… quite fortunate after witnessing the bloody gore of the deep Atlantic - zombie worms, anyone? 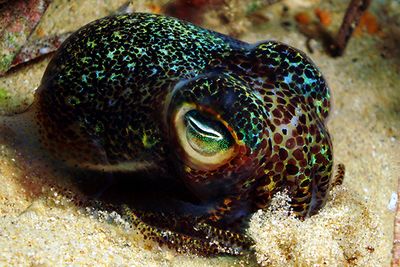 We'll happily let the ginormous cannibalistic Humboldt squid stay lurking 800 metres down, thank you very much. We'd much rather set out in search of the bobtail squid which, on the other end of the spectrum, is only two inches long. Stay at the boutique Alami Alor Dive Resort (a new addition to the Original Diving portfolio following a recent research trip) where you'll spot this stealthy squid as well as juvenile rhinopias, ghost pipefish, frogfish, nudibranches and snake eels, to name a few. And if you do have a taste for the colossal, you might also even spot the whopping Mola Mola (or Ocean Sunfish). 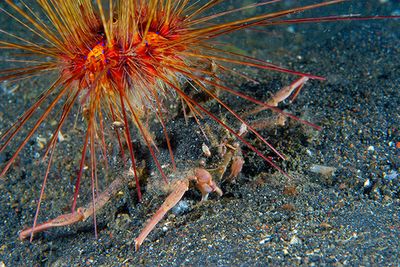 Watching the coral-wielding spider crab scuttering along the ocean floor was rather adorable after the horrors of the appropriately-named fangtooth and transparent headed barreleye fish. Similar to this critter, watch carrier crabs scuttle across the floors of the Lembeh Strait using sea urchin spines and other debris for protection. Stay at Lembeh Dive Resort and set out in search of other out-of-this-world creatures inhabiting the area, from the paddle flap scorpionfish to the wunderpus. 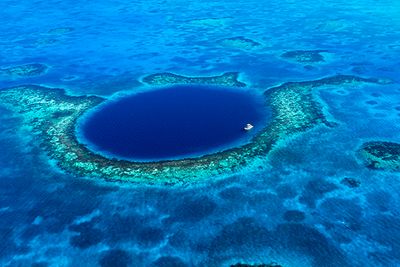 Episode two ended with a quite literal bombshell as a series of explosions along a mid-ocean ridge sent violent plumes of smoke cascading out of the darkness. Unfortunately (or fortunately, depending on your viewpoint), we can't venture to these volatile volcanoes, however, we can explore another natural wonder in Belize: The Great Blue Hole, the world's largest underwater sink hole. Measuring a staggering 300 metres across and 125 metres deep, dive amongst stalagmites millions of years old, spending surface intervals reflecting, cocktail in hand, on the white beaches of Victoria House.