Thanks to Jaws, sharks are the most iconic yet most misunderstood creatures beneath the waves. And as lovers of all things subaqueous we're going to hop aboard our soap box and spout our merry manifesto in support of these mysterious, magnificent hunters. For starters, there are over 440 different species of shark patrolling the ocean, ranging from well-known species such as tiger sharks, bull sharks and reef sharks to the more unusual species, such as the epaulette shark, or 'walking shark', which is able to use its pectoral and pelvic fins to walk on reefs which, paired with its ability to survive for short periods of time with little or no oxygen, means it can hunt in shallow pools, even at low tides. 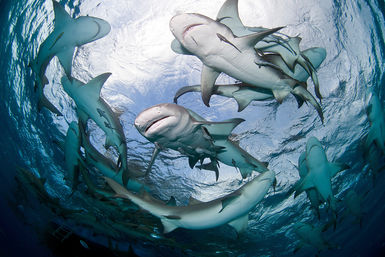 For most sharks, movement is a matter of life and death as they need to continually pass water over their gills to breathe. Nurse and lemon sharks are the exception as they have powerful neck muscles that can pump water over their gills while stationary. Sharks are also only able to move forwards as their fins are stiff and therefore can't be controlled by muscles. 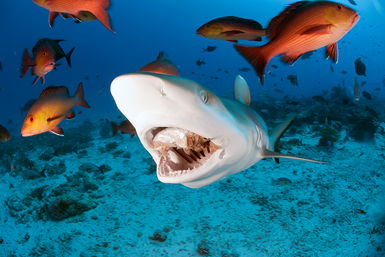 Sharks are literally wired for hunting. Using electrosensitive organs called (rather gloriously) Ampullae of Lorenzini, sharks are able to detect small electrical pulses from the muscle movements of other organisms, enabling them to detect prey. Some experts believe this electrosensitivity also allows them to navigate the globe. 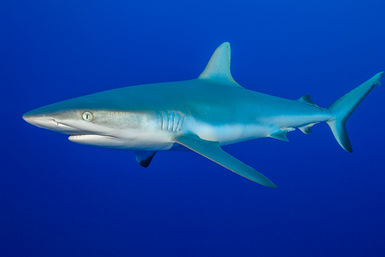 A shark's skin is made up of miniature interlocked teeth called dermal denticles which bristle like fur and push water down the shark with less drag, allowing these predators to move quickly and quietly - the ultimate silent killer. But don't worry, contrary to popular belief sharks don't eat humans. Sharks are opportunistic feeders and mostly hunt out smaller fish and invertebrates, with larger sharks also chomping on seals and other marine mammals. 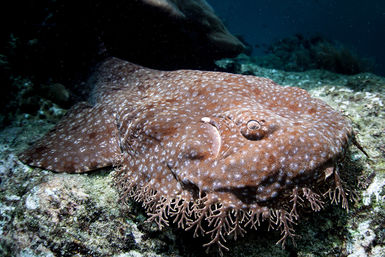 Where To Dive With Sharks

The possibilities of diving with sharks are endless, but to whittle out a few of our favourites: Socorro in Mexico has a staggering ten species of shark, Guadalupe for great whites and Cocos Island for hammerheads. Over in Indonesia's Raja Ampat, spot wobbegong and epaulette sharks while thresher sharks are a regular sighting in Malapascua in the Philippines. For the top ten shark destinations, check out our shark diving blog.

"I've never seen so many sharks as in Socorro [off Mexico]. I saw six species (whale, silky, whitetip, silvertip, Galapagos and hammerhead) and lots of them on every dive. Socorro forms part of a large migration corridor for sharks and mantas in the Pacific and the islands are thought to be such an aggregation point due to the nutrient rich waters."
Eleanor Seagle, Original Diving Specialist 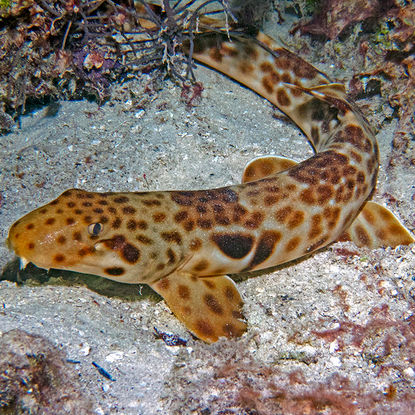 Distance sharks can hear their prey from