Despite only being a short plane journey south of Muscat, Salalah couldn't be more different. An oasis of coconut fringed white sandy beaches and turquoise waters, Salalah is more reminiscent of the Indian Ocean than its Arabian counterparts.

The diving here is just as varied and provides an enticing contrast to the northern Daymaniyat Islands. The water is a lot bluer due to the relative lack of plankton meaning the visibility is greater, while the topography ranges from large black boulders to colourful coral gardens and towering kelp forests (between June and September).

In autumn when the kelp forests die, cuttlefish breeding commences while reef squid begin breeding in January. Leatherback turtles, dolphins, eagle rays, lobsters, tunas, octopuses (we could go on…) can be seen year-round. For wreck aficionados, the 150 year old China Wreck is only eight metres deep meaning longer bottom time. The vessel is home to such a prolific amount of marine life you might struggle to see inside, but if you do you'll see it's full of well-preserved china.

Above water, Salalah is a city rich with ancient history and vibrant souks while around the city there are numerous fascinating archaeological ruins to explore, from Al Balid Archaeological Park to Job's tomb, Khor Rawri (famed as the Queen of Sheba's palace) to Mughsayl blow holes. Wadi Dawqah is definitely worth a trip, with over 8,000 frankincense trees which are some of the oldest on earth.

While you can access these treasures from the serene yet sophisticated Anantara Al Baleed Salalah, we can also arrange for a few nights in a private luxury tented camp in the desert - where the scenery alludes to being on the moon with white sandy sand dunes, bright green water and an uninterrupted starry sky. 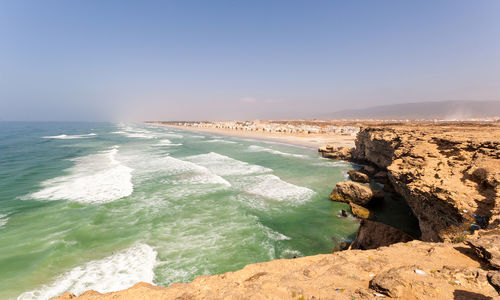 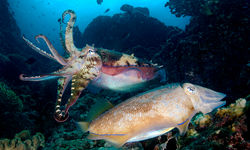 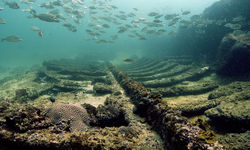 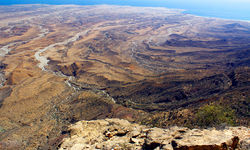 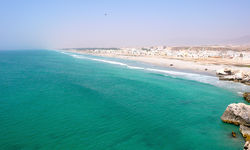 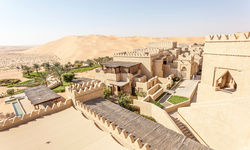 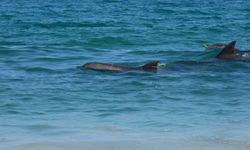 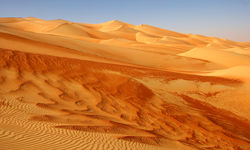 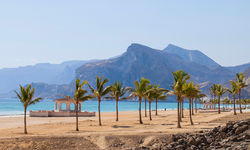 Map of Salalah & the Empty Quarter

Original Travel Expert: Jacqui Brooks
My highlight: Tick off the bucket list on a very special dolphin snorkelling trip, swimming with a friendly pod of dolphins straight from the shores of a secret bay.
Enquire now
Call us on: 1-800-652-1972