In addition to being much nicer to everyone and learning to do a pull-up (sadly not much progress on either account), my main New Year's resolution for 2016 was to learn to scuba dive. I've always loved the sea and I couldn't see myself not falling in love with it; even better, swimming remains one of only two sports I've ever beaten my brother at so I invited him to learn with me and hoped diving would become the third. The only remaining question was where to learn and, handily, I work with a team of expert divers who were able to narrow down my options. The brief I gave them was: a great dive school, somewhere we've never been and somewhere that's off the beaten track so we can brag about it to everyone… they told me Mafia Island was going to smash all three of these out of the park and so we were set! 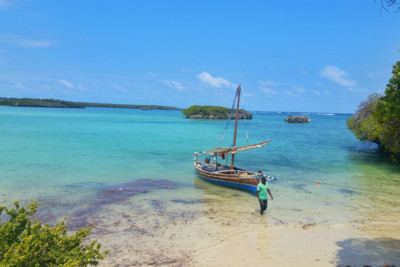 Off the Beaten Track

Part of its considerable charm is that Mafia Island is not somewhere that many people have heard of but they should, because for my money it's the most perfect desert island in the world. Flying in a tiny 12-seater plane into the wonderfully tiny airport is an experience in itself and that's before you've even got to the untouched Marine Park where the best lodges and the dive school are found. I don't go to beaches very often (I'm more of a mountains kind of girl) but the stretch of talcum powder sand that you find next to the dive school is quite something and is an amazing spot to watch dhows laze past, particularly at sunset. 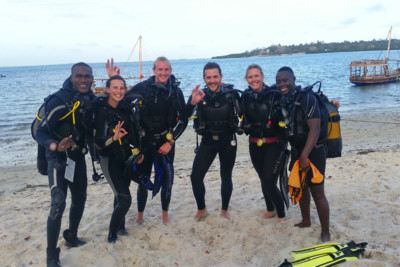 Getting down to business and clutching our theory certificates (we did the E-learning course before arriving which, although slightly mind-numbing, meant we didn't have to bother with books and dive tables when we were there) we were quickly kitted out and in the water. By a quirk of fate, another brother and sister were also there to do their Open Water and so we joined up together and together we conclusively proved that if you want to learn something quickly, then take your sibling. Although we had an endlessly patient instructor, the thought of the total familial ridicule we would have faced by failing meant that masks were whipped off and replaced at lightning speed and we were on to the proper dives! Despite some slightly wobbly progress as we tried to level our buoyancy and avoid the humiliation of popping to the surface like a cork, we spent these dives marvelling at the coral and dazzling fish we found in abundance at Mafia's dive sites. Evidently I'm no expert, but even I could tell that Mafia was going to be setting the bar very high indeed for my diving from now on! 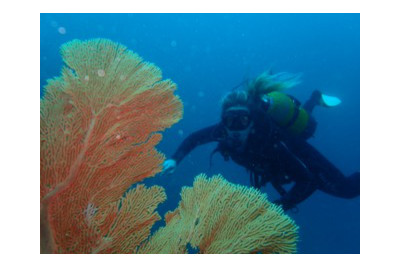 I could treat you to a blow by blow (or should that be breath by breath?!) account of everything we saw but, frankly, you should go there and see it for yourself because I couldn't begin to hope to do Mafia justice. After 9 days there not only were we Advanced Divers (very proud, going at the top of my CV), but we'd seen all manner of creatures, done a night dive and proved that my maths skills are even worse at depth than they are on the surface; something I thought was not possible. Whether you're a beginner or an expert with 100 dives under your weight belt (sorry, I couldn't resist) then the team at Mafia Island Diving will come up with an itinerary of unforgettable dives and look after you impeccably- I literally didn't have to think about a thing other than how much fun I was having. 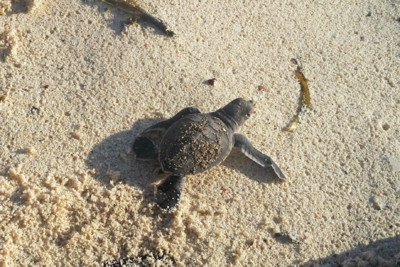 Hopefully you're sold already, but in case you needed further temptation to make for Mafia, then I'll also let you in on the fact that we also saw turtles hatching, swam in private mangroves en route to hidden lagoons and snorkelled with whale sharks during our time there. The latter has to go down as one of my top travel moments and I'll never forget the mixture of awe and, ever so slight, fear I felt as a sofa-sized mouth gaped open and nearly swallowed me along with a gulp of plankton. I'm not quite sure where I'm going to have to go to for my second dive trip that will be able to top Mafia Island- the moon? Narnia? - so, consider the gauntlet officially thrown down, Original Diving.