Tell most people you are planning a trip to Papua New Guinea and there are likely to be two initial reactions; the first, and most likely response will be a blank stare followed by the question "is that in Africa?", and the second will likely be "don't they eat people there?". "No" and "no" should be the response.

It is just such mystery and misunderstanding that surrounds this fascinating country that prompted me to head out there to see for myself last month. What I found is one of the most fascinating countries I have been to.

Forming one half of the second largest island in the world (after Greenland) to the north of Australia and stretching from Indonesia in the West out into the Pacific in the East, this vast country has a huge amount to offer travellers that want something exciting and adventurous. 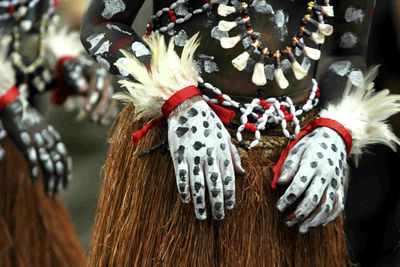 For many people, the reason to travel to Papua New Guinea is the world-class diving to be found in the waters surrounding both the mainland and the island provinces. These waters are widely acclaimed as being some of the most diverse and pristine diving environments in the world. And I can assure you it doesn't disappoint.

The biggest draw is the diversity; the Coral Triangle, in which the country is located, has both the highest coral, and highest reef fish diversity in the world. Almost regardless of what you are looking for as a diver, you will find it here, from the pristine coral of Walindi in West New Britain, the strong currents and big fish at Kavieng in New Ireland or the WWII wrecks of Rabaul in East New Britain.

Add into the mix crystal clear water and the fact that you are almost guaranteed to be the only people at each dive site, and you have everything you need for a diving holiday the likes of which it is very hard to find anywhere in the world today.

But it's not just the diving that draws people to Papua New Guinea; what you find on land is equally fascinating, and again, it's all about diversity, both in terms of people and wildlife.

There are over 800 active languages spoken today and in each different part of the country you can experience completely different cultures and traditions that are still felt and lived more strongly than nearly anywhere on the planet, largely because it's only relatively recently that much of the country was explored by outsiders.

The mountainous inland of the country called the Highlands remained completely untouched until the 1930s until three Australian brothers went looking for gold and found one million people living there. Some areas remained untouched until as late as the 1960s. There's so much to explore here and any trip to Papua New Guinea should include some of the cultural highlights if possible.

And then there is the wildlife. The biggest draw is the birds and twitchers will have a field day with the country being home to 38 of the 43 known species of the stunning Bird of Paradise. The country is still so remote and unexplored that many undiscovered species of plants and animals are thought to exist in the interior.

Admittedly it's a long way from the UK, but with an increasing number of flights from Singapore direct to the capital, Port Moresby, it's not that much further than, say, a trip to Bali. And what lies in store for the visitor is a travel experience like no other.

I could keep writing and writing but I must stop. Get in touch to find out more.