Where in the world can you go where you are all but guaranteed close-up encounters with great hammerheads? The answer is Bimini Island in the Bahamas.

Having made the trip out to the Bahamas in February to discover hotels and beautiful diving, I have come back astonished at what the Bahamas has to offer: incredible hotels with something to suit everyone and lovely diving from wall dives to blue holes to reefs. But what really took my breath away, without a doubt, was the hammerhead shark diving.

Just a five minute boat ride from South Bimini Island took us a sandy bottom site with a depth of around eight metres and this is where the shark diving begins. As soon as we arrived, Stuart Cove's trained shark feeding team began to scrape dead fish under the water and add a trail of fish oils to bring in the sharks. The first to come in were the nurse sharks and as soon as these arrive you know the bait is working! For us, the hammerheads came in about an hour later but it can be longer or shorter, which will depend on the strength of the current and most likely other factors too.

As soon as they arrived, we quickly kitted up and gently slipped into the water heading straight down onto the sandy bottom. What was immediately obvious was the incredible visibility; I have barely seen such clear water. And then in came the great hammerhead, five metres in length and staying close to the sand in the hope that it would come across a bit of dead fish to vacuum up. I caught my breath as it swooped in front of me, just centimetres away and I was struck by the gentle nature of this creature which has so commonly been referred to as deadly. A concept that could not be more misleading. As the afternoon went on, a couple more hammerheads came in as well as a few bull sharks skulking in the background. For photographers or shark enthusiasts it does not get any better than this.

This was an experience I will never forget and if you like sharks or even if you are not sure, I urge you to just GO before the secret is out.

Want to find out more about this hammerhead shark diving trip? Get in touch. 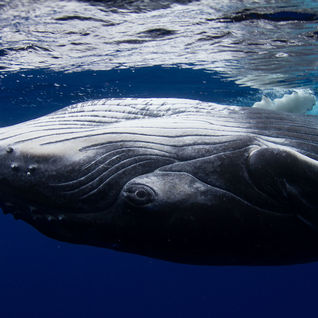 Monday 22nd April marked Earth Day, and while we're not about to hop aboard our 100% biodegradable soap box and start preaching some sort of eco-warrior manifesto (we'll leave that to the London protesters… are they still glued to that bus?!), we are committed to helping our clients travel… 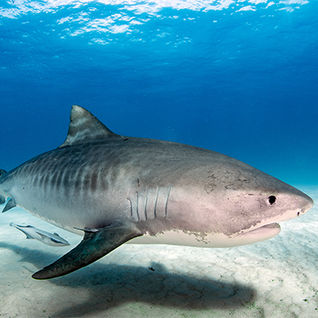 Epic Shark Diving in the Bahamas

You might not have noticed, but the Bahamas has been popping up just about everywhere (well, everywhere underwater related, anyway). Seen an epic shot of a tiger beach slinking across a sandy bottom? Tiger Beach off Grand Bahama Island. How about a close up of a great hammerhead smiling?…