The marine park has only one landmark, Cocos Island, which acts as a meeting point for converging nutrient-rich deep ocean currents. The result? Some of the best predator viewing in the world, from regular sightings of scalloped hammerhead sharks, wahoo, yellowfin tuna, bottlenose dolphins, whitetip reef sharks, Galapagos, silky and tiger sharks (we could go on) to the occasional whale shark and manta ray.

Strong ocean currents and surge mean trips are only reserved for advanced divers, which last between eight and ten days. There are 20 dive sites in a relatively compact area surrounding the island, which range from boulders, seamounts and pinnacles to deep blue ocean dives. Bajo Alcyone is the jewel in the crown for the hundreds of scalloped hammerheads which gather between June and September. For a truly original experience, become an aquanaut exploring 300 metres deep in a Deep Sea Submersible, looking out for weird and wonderful (and often unidentified) creatures.

Above water, Cocos Island is the only island in the Eastern Tropical Pacific with tropical rainforest which, coupled with its remoteness, has resulted in somewhat of a biological enigma. Venture onto the island to hike slopes cloaked in wild, untamed jungle, looking out for a wealth of endemic species, including the Cocos Island cuckoo and, according to folklore, hidden treasure - the island itself was a refuelling point for pirates. 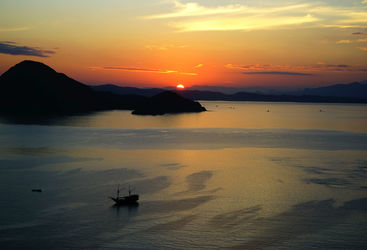 Jacqui is our 'Liveaboard Diving in Costa Rica ' expert and as a seasoned traveller has the inside track on the most memorable adventures.