The Azores - the mid-Atlantic magnet for marine life

Jamie Watts is the marine biologist leading our first Expert-Led Journey in the Azores from 7 to 14 September 2013. Jamie writes regular marine biology features in Diver magazine, and guides and leads expeditions all over the world.

My first visit to the Azores brought into sharp focus the uniqueness of these islands. As expected, we saw plenty of the resident sperm whales. However, it was the other whales that really blew me away. I timed my visit for early spring, when many of the great whales are stopping off around the islands on their way from their winter breeding grounds to head to the summer feeding grounds at the edges of the Arctic.

I'd expected whales - just not quite so many, quite so easily. On the second day blue whales had almost become routine, and in a couple more days we had seen blue, fin, humpback (breaching!), sei, minke and (of course) sperm whales, plus five species of dolphin. The Azores may also be the best place on earth to see Portuguese men o' war - tens of thousands of them gather each spring to sweep the water for its rich supply of fish larvae, only to disappear as the water clears in summer.

From a diving perspective, though, the spring is not the best time of year - the water is just too thick and 'planktonny', with low viz. In summer, however, when most of the whales are thousands of miles to the north, the diving of the Azores really opens out. The surface heats up, driving the nutrients and plankton deeper, and opening out the surface visibility, while leaving plenty of life buzzing around the seamounts. This is when the blue and mako sharks, mantas and Mobulas take over - the summer shift. September is the absolute best time to visit as the visibility is at its best, the waters still warm and the crowds have gone after the summer holidays.

The Azores represent many things in terms of marine life; the islands are a crossover point, both in terms of ecological zones and seasonal migration routes for many big animals. They are also a marine life magnet because they are somewhat of an oasis - productive seamounts in the deep 'desert' of the subtropical north Atlantic. The southern branch of the Gulf stream transports life here, washing over the seamounts and encouraging upwellings.

One reason the islands are such a marine life hotspot is that in the winter, when the rest of the north Atlantic is effectively shut down to biological productivity, the Azores is far enough South (barely) and cool enough (barely) to have both nutrients and sunlight in the water column - which means it is one of a handful of places in the North Atlantic that can feed marine life in winter. It is the first area to burst into life with the spring bloom, which is why starving whales after the breeding season stop over to feast on krill, available here before cold waters to the north have bloomed.

Another reason for the richness of the islands' marine life is the draw of the mid-Atlantic ridge, and the 'seamount effect'. This is an increase in productivity and a gathering of marine life, drawn to and migrating along the seamounts. The sperm whales, that spend much of their year here, are drawn here by enormous masses of big, deep water squid that gather along the ridge.

The combination of mid-ocean, blue water seamounts and big animals is rare anyway, but the range and variety of accessible marine life around this warm-water oasis on Europe's doorstep makes the Azores an enticing destination. We're rather excited about this trip. 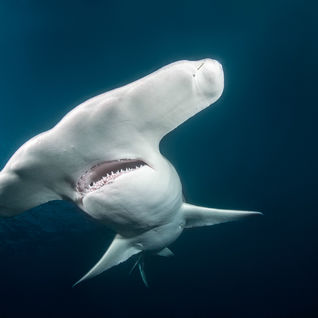