We've heard many old wives' tales on scuba diving over the years, from man eating 25-foot killer sharks (thanks, Jaws) to balmy breathing exercises and the necessity to be an Olympic standard for swimming (you don't). So it's about time to set the record straight on some scuba diving myths that have been around for far too long. 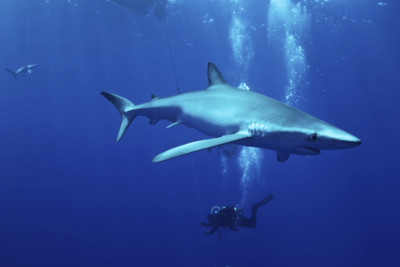 I will start with this myth as it is very important to me to rectify, or at least try to, the damage that Hollywood movies (which are pretty bad most of the time…) and the media have been doing for years. There are over 400 species of sharks and only about 10 of them are "potentially dangerous". Humans have never been on their menu for a simple reason: we are not fat enough! The only times when sharks have been held responsible for death or injuries to humans were mistakes or accidents that occurred during activities such as shark feeding, surfing or swimming where sharks see us as something we are not usually to them: prey. Not a single deliberate attack has been recorded, ever, so NO, diving with sharks is not dangerous. For those interested in statistics, you are more likely to be seriously bitten by a dog in NYC, killed by a coconut falling out of a tree or run over by a coca cola truck than to be attacked by a shark… 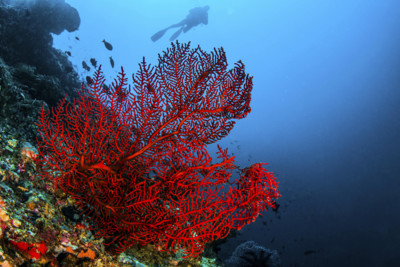 The deeper the better

I am a big fan of depth and for a very long time I used this argument to go deep, very deep…until I dived in Egypt and on the Great Barrier Reef. How wrong I was! About 90% of life hosted in the oceans are living on the reef (corals, fish, molluscs and more…) and guess what they need? Yes, the light from the sun. Water is approximately 800 times denser than air, and this density absorbs light quickly. Every 10 meters a colour disappears, starting with red, followed by yellow at 20m, then green at 30m and blue at 60m. So if you want to see the beautiful stuff with all their real colours, stay longer underwater and keep the risks to a minimum, my advice would be to stay between the surface and 10 metres. 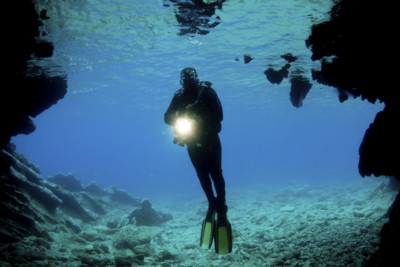 Breathing IN or OUT?

Now is the time to think a little. We all know that water is not our natural environment. It is normal and absolutely natural to take as much air into our lungs as possible, right? Wrong! Of course, we need to breath but breathing out as much as possible is the key to a comfortable dive without any risks. Why? Very simple. Here is a tip for those who want to learn to dive, or improve your skills underwater. What makes you float is air pockets such as BCD, wetsuit… and your lungs. So instead of diving with lots of weight, increasing the risks of overexertion underwater, try to empty your lungs as much as possible after every breath by forcing the air out using your stomach muscles. Unlike on dry land, breathing out underwater is not naturally done by the relaxation of the rib cage, it needs a little help, just like when you are inflating a balloon. Long deep breaths in and OUT! Next myths to come soon…and before you ask… no, a scuba diver can't be sucked up by a firefighting helicopter!

What other myths about scuba diving have you heard? Post a comment here and we will try to set the record straight.