Diving The Cenotes Of Mexico

Diving in Mexico's cenotes is rather different from your average dive. Formed when soft limestone collapses, cenotes are essentially sinkholes connected by a labyrinth of secret underground caverns. Why is diving them so special? Aside from the pure thrill of cave diving, the water is so clear it feels like you're flying. But with so many cenotes (there are over 7,000!), how do you pick which ones to dive? Grab your mask and prepare to dive in to our top cenotes in the Yucatan Peninsula. 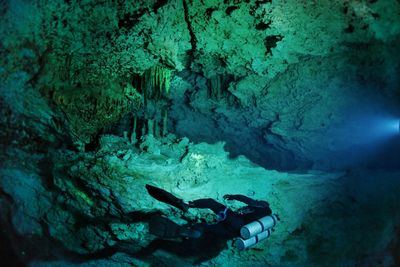 Made famous by the chaps over at National Geographic, Dos Ojos (Two Eyes) is one of the largest underwater cave systems in the world, extending almost 40 miles and reaching depths of 118 metres - although it is still being explored. As the name suggests, Dos Ojos is actually two cenotes connected by an extensive system of caverns but most people dive the Blue Eye and Black Eye. Armed with a torch, you'll descend to a maximum depth of nine metres (make sure you look back at the entrance for turquoise light effects), passing through caverns lined with stalagmites and stalactites millions of years old. Mid way through the dive you will come to the bat cave, it's all rather like jaws as you eye the snorkellers thrashing around above. Once you've ascended into the bat cave and gawked at the bats you enter the second Ojo, exploring the eerie caves before circulating back to the entrance. 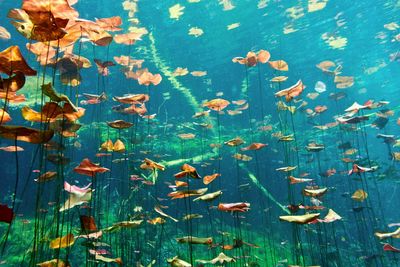 This cenote's name allegedly arose due to taxi drivers washing their cars there, however we much prefer to refer to this haven as the underwater garden. Possibly the prettiest cenote to dip into, this cenote is one for snorkellers and divers alike. Hidden at the side of the road that leads from Tulum to the Coba ruins, this is the perfect cenote to explore on the way back from a morning's sightseeing. Armed with a mask and snorkel, jump in and be greeted by an abundance of plant life rising from the floor. Freedive down and swim through the lily pads, watching out for the terrapins that call this cenote home (divers enter a cavern to the side of the cenote that extends to a maximum depth of 15 metres). 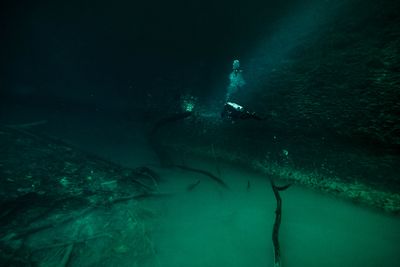 Mayans considered cenotes as portals to the underworld, and descending into cenote Angelita definitely feels like you're entering another dimension as turquoise waters dissolve into an eerie green. At 30 metres a jagged island of trees emerges out of a thick Halocline cloud, the result of salt water mixing with fresh water. Below the halocline is pitch black, switch on your flashlight to reveal stalagmites and swim throughs. 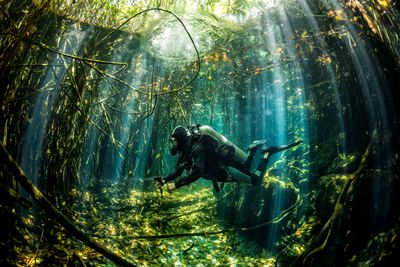 This dive is slightly different from the others. Connecting one of the world's longest underwater systems to the ocean, Casa Cenote has a lot more fish life as fresh water flows out of the river system and salt water flows in from the ocean. Oh, and let's not forget about the mangrove forest overhead, allowing you the unique experience of diving below the jungle with mangrove roots as your ceiling. The maximum depth of this dive is eight metres and a large open water area also makes it a great place to learn. 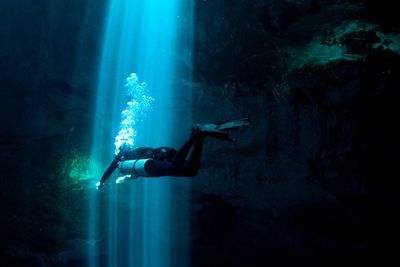 If you haven't read Original Diving expert Louisa's account of diving The Pit cenote, give it a gander now. The water is so clear you can see the entire cavern from the surface and it feels like you're sky diving as you descend (to a maximum depth of 30 metres). 13 metres down everything goes rather fuzzy as you enter the Halocline cloud. The best part, however, is just below when you look up at the entrance where shockingly blue shards of light pierce through the water like the filament in a light bulb.

Would you like to dive in the cenotes of Mexico? Get in touch and we'll help you get there! 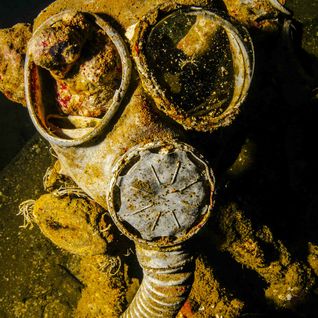 It's nearly that time of year again, the last hurdle for commercialised companies before we're bombarded with miles of tinsel, advent calendars and Mariah Carey on repeat. As shops burst at the seams with Halloween tack, this year we invite you to forget trick or treaters, terrible costumes… 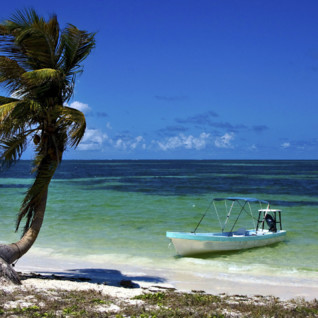 Our Guide to a Luxury Holiday in Mexico

Winter is now in full swing, which can only mean one thing - let's get the gloves out! Alternatively you can grab the opportunity to escape from the grim UK weather and experience some amazing places where the mercury in the thermometer remains much higher. With Mexico being our destination…

A Valentine’s Day To Remember

Red roses, chocolate hearts and cards adorned with cupid: love it or loathe it, Valentine's Day is approaching and nothing says romance better than a luxury escape à deux. Whether marooned on a desert island (complete with luxurious creature comforts, naturally), setting sail into the… 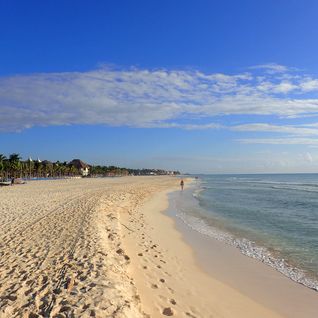 Diving Across Quintana Roo In Mexico

I have heard so many great things about Mexico and with a lot of my dive buddies having worked or currently working there I jumped at the chance to go with Original Diving for a research trip - and I wasn't disappointed. I have never seen such clear water as when you skim over the ocean…