Top spots for marine life in the Philippines 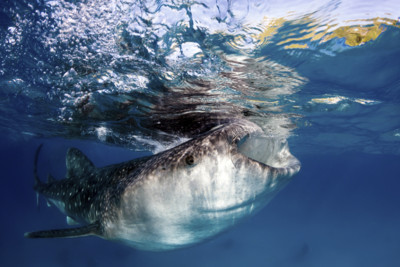 The Philippines is well known for its whale sharks encounters and the best place to see them is near Donsol. Accommodation is not overly luxurious but is comfortable and you are almost guaranteed sightings from the end of December until April. Most people see a few per trip, some 20 and as many as 40 in one excursion have been recorded. Eco-friendly whale shark interactions with the added bonus of good diving at Manta Bowl off Ticao Island makes this a great place to stay for a few nights on your Philippines marine life tour! 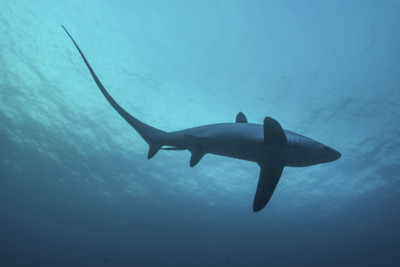 Malapascua is one of the few places on earth where you can dive with thresher sharks. This pelagic species spends most of its time in the deep waters of the continental slopes so very rarely seen by divers except for at Malapascua where two underwater islands close to deep water trenches act as cleaning stations for these sharks. They are regularly seen at recreational diver depths and are on most divers bucket list with their characteristically long caudal fin. 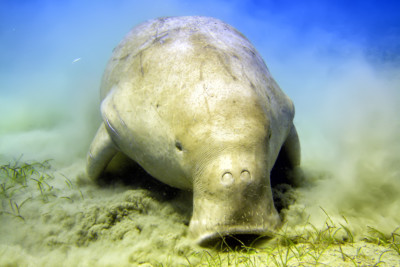 The Dugong or 'sea cow' is one of the most extraordinary marine creatures you might come across underwater and increasingly rare having been hunted for thousands of years for their meat and oil. It is believed that dugongs could be found throughout the Philippines at one point and were common in the 1970s. This is no longer the case with one of the last feeding grounds being just off the island of Coron Island in Palawan. You are in with a pretty good chance of seeing them here with a population of around 20 resident individuals. 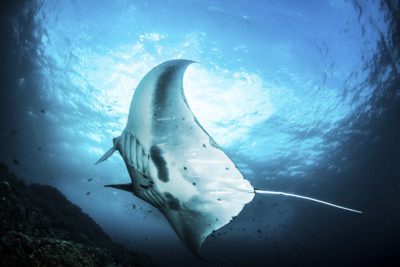 Tubbataha for mantas and more

The Tubbataha Reefs Natural Park is the jewel in the crown of Philippines diving. This large expanse of Natural Park is only accessible between late March and June by liveaboard and is teeming with marine life. The diversity of these reefs is incredible with the chance to experience an abundance of beautiful coral, mantas and lots of sharks. This is one of the last places in Asia where you are almost guaranteed to see sharks on every dive: grey reef, white tip, nurse and hammerheads. This is without a doubt the best spot for marine life in the Philippines.

Have you been to the Philippines and dived any of these regions? Post a comment if so and let us know what you thought. And if you want to find out more, please contact us.