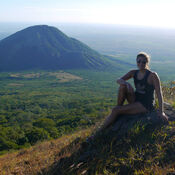 The age old conundrum: to surf or dive? Whether you're team Kelly Slater or Jacques Cousteau, Carissa Moore or Sylvia Earle, there's no better feeling than being out on the water. From riding a turquoise wave as it gently barrels, to casting your eyes on the world's that lie beneath, surfing and diving holidays allow you to get the best of both worlds. So, if you like to surf and scuba, we've rounded up the top five surfing and diving destinations across the world. 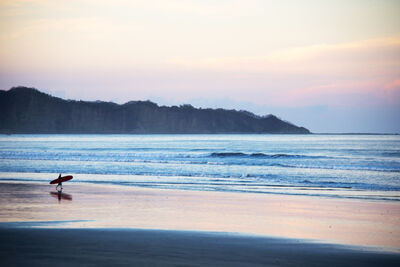 Combine world-class surf breaks in Nosara - named one of the world's best surf towns by Nat Geo - with some of the world's best liveaboard diving off Cocos Island Marine Park. Located a full 24-hour voyage off the Pacific Coast, divers can witness fevers of hundreds of scalloped hammerheads (from June to September) alongside manta rays, turtles, tuna and dolphins - Cocos Island is a pelagic paradise. Back on the mainland, Nosara is also the world's largest nesting site for the Olive Ridley turtle, attracting up to 100,000 turtles each month to its sweeping golden shores. Surfing and diving holidays don't come better than this.

It's no secret that Bali has some of the best surfing in the world. From pipeline-esque tubes to mellow breaks, Bali's 60 plus established surf breaks are suited to any level of surfer. When it comes to diving in Bali, Manta Point, Crystal Bay and the USAT Liberty wreck are well worth exploring. For the ultimate surf and scuba trip, combine surfing in Bali with Indonesia's diving meccas: from coral diving in Raja Ampat and Komodo to muck diving in Sulawesi and big animal diving (think: blue whales and hammerheads) in the Banda Sea. 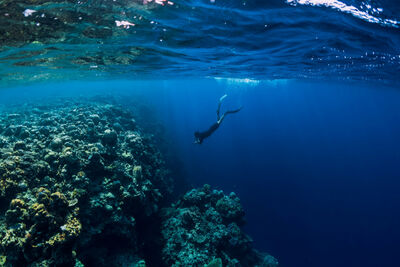 The undisputed mecca for surfing, Hawaii's swells are ideally suited for everyone from beginners all the way to professionals. No surf and scuba trip to Hawaii would be complete without seeing the pros tackle Oahu's North Shore's monster Pipeline, while under the waves an impressive roster of marine life awaits. Fill up your logbook with tiger, Galapagos and white tip sharks and explore lava tubes, caverns and the 300-foot Molokini Backwall. Insider tip: don't miss the manta ray night dive in Kona. And while we're on the subject of night diving, dip your fins into the world of black water diving to see alien creatures ascend from the depths.

Mexico has so many incredible surf and diving holidays that choosing where to go is often the hardest challenge (tough gig). From Puerto Escondido in Oaxaca to East Cape in Southern Baja, the Pacific coastline of Mexico is peppered with epic surf spots, golden beaches and relaxed beach towns. As for diving, witness pods of orcas, whales and huge tornadoes of pelagic fish in the Sea of Cortez - otherwise known as the 'World's Aquarium' - or make the epic voyage to the Socorro Islands for the world's friendliest manta rays (official title) and a whopping ten species of shark. 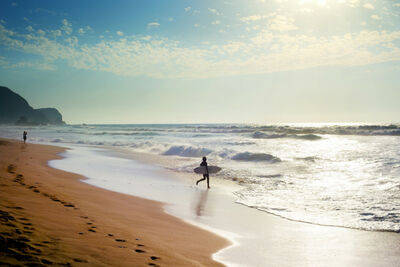 Portugal tops the charts for European surfing and diving holidays. Whether you road trip down the Algarve to tick off the best swells or stick to one spot to hone your skills, Portugal has waves to suit every interest (and level). Once you've mastered catching waves, it's time to dip below them. A short flight from mainland Portugal, the Azores is a small chain of islands marooned in the Pacific Ocean. Home to the best diving in Europe, dive local sites straight from the shore, or venture offshore to see mantas and mobulas around Formigas and Dollabarat. Curious to learn more? Discover the best dive sites in the Azores.

Inspired to surf and scuba? Get in touch to learn more about our surfing and diving holidays.