As we wave goodbye to summer and the familiar grumbles on winter weather begin to take form, we're strong believers in escaping to pastures new to beat those troublesome winter blues. So we've taken up the role of exploring thousands of pristine beaches, staying in the most luxurious hotels and diving the world's most vibrant coral reefs in search of bucket list marine life (tough gig) - to bring you our top five winter getaways. So hold off buying your woollies and invest in some swimwear for the crème de la crème of luxury diving escapes. 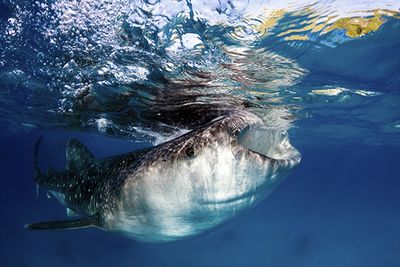 Guaranteed whale sharks? Yes please. Mafia Island Marine Park has it all; glide above healthy reefs of technicoloured corals teeming with fish - over 460 species to be precise - with surface intervals spent exploring deserted palm-fringed beaches. Better still, between October and April you're almost guaranteed to see whale sharks. Stay at the Robinson Crusoe-esque Pole Pole, or "slowly slowly" in Swahili. Nestled amongst palm trees overlooking turquoise waters, this island escape might feel like the middle of nowhere but is actually just 30 miles off the coast of Tanzania, cutting the stress out of your journey. 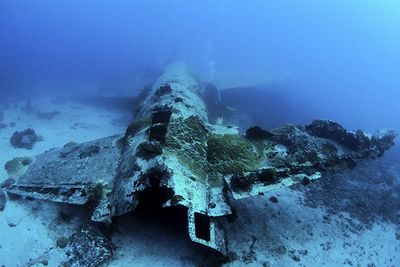 It's not often you can say you've watched the elusive leopard shark slinking through an aeroplane (luckily not an airborne vessel). Hop aboard The Odyssey liveaboard and set sail for Chuuk Lagoon, home to over 50 Japanese WWII wrecks. Swim through the engine rooms of war ships, spot gas masks and shells and hover over tanks draped in corals that support a plethora of marine life. Combine your adventure with a stay at Manta Ray Bay & Yap Divers in Yap and dive in the home of the Manta Ray - although you can spot them year round in December you can see even greater numbers in the Mi'l channel for the mating season. 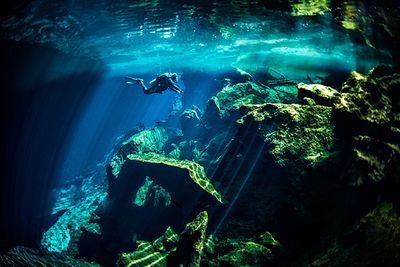 Mexico's cenote diving is some of our all-time favourite diving. The water is so clear you'll feel like you're skydiving into these spectacular lime sinkholes, lined with stalagmites and stalactites that are millions of years old (Insider tip: DON'T miss diving The Pit Cenote). For a base, the luxurious Maroma Resort and Spa forms a little slice of heaven away from the hustle and bustle of Cancun. Featured in "Dive in Style" (aka the diving bible, if we do say so ourselves), the resort stretches along a private powder-white beach that dissolves into calm turquoise waters. Fancy seeing some fish? The world's second largest barrier reef lies only 10 minutes from the resort's beach. 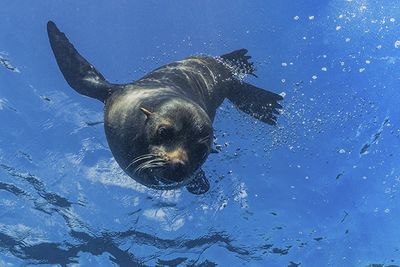 Unless you've been living under a rock, chances are the Galapagos will feature high up on your bucket list. Best known as Darwin's playground, the national park is a hotspot for conservation and science. Beautiful year-round, spot hammerhead's hover below playful sea lions and penguins, and, most significantly, you'll see a staggering 20% of marine life you won't find anywhere else. The best way to explore is by liveaboard, and the luxurious Galapagos Sky is one of the only boats regularly given permits for two-week dive trips to Darwin and Wolf. 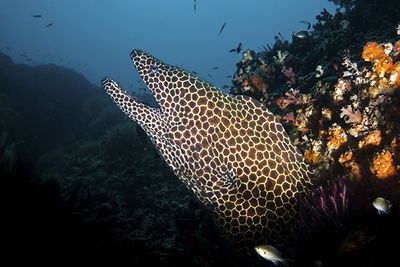 Take a bustling city escape, mix it with billowing red sand dunes and add a private yacht voyage, and you've got a recipe for one seriously epic winter escape. Personally tailored for you, the private dive safari covers all corners of Oman for a truly exceptional luxury holiday. Dive-wise, you can't beat the Daymaniyat Islands for marine life. Plankton thrives in the water, therefore you won't get gin-clear visibility but you will get a startling amount of critters, from sea turtles to rays to reef sharks - oh, and a spectacular display of over 100 different species of soft and hard corals. Finish your day camping under the stars on the Daymaniyat Islands (bragging rights guaranteed: you'll be the only people allowed by the government to do so). 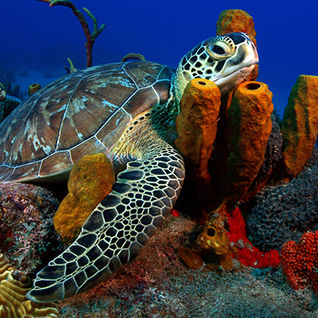 Scorching one minute, torrential rain the next; the Great British Summer is about as fickle as the relationships on Love Island (only two weeks left, thank god). But rather than wait to see what Mother Nature throws at us next, we suggest trading in for an exotic new destination. From diving…