Enquire Now
Enquire Now
It’s no secret that Egypt has some of the most fascinating history in the world; from the Pharaohs and ancient pyramids to Alexander the Great and even Agatha Christie’s Death on the Nile (aboard the Steam Ship Sudan, no less). And the underwater landscape is no different.

The wrecks we see today are an ode to the Red Sea's long history as one of the most important waterways in the world, initially as a trade route between Africa and Arabia, before the creation of the Suez Canal in 1869 connecting Europe, Asia and beyond. The Red Sea is like a giant underwater museum with everything from World War II wrecks (like the famous SS Thistlegorm) to merchant ships full of cars, tiles and even toilets. In fact there are so many wrecks, with so much to see in each one, that divers continue to be drawn back to the region again and again.

While it is possible to dive Egypt's wrecks while staying on land, the best way to experience the best wrecks in the Red Sea is by liveaboard. The Red Sea is broadly split into two regions, the Northern Red Sea and the Southern Red Sea, each unveiling their own trove of wrecks to explore.

For those wanting to see the 'big ticket' wrecks, Northern Red Sea itineraries cover all the most famous wrecks, including the SS Thistlegorm, Dunraven, Giannis D and Carnati wrecks, as well as some incredible coral reefs in Ras Mohamed marine park. While Southern Red Sea itineraries are mainly focused on pristine coral reefs and incredible marine life, there are some fascinating wrecks to discover, including the Tien Hsing tugboat wreck which lies on the Abu Galawa Kebira reef. Continuing further south still to Sudan, the wreck of Umbria also awaits.

While there is a wealth of wrecks resting across Egypt's sea bed, here are our recommendations for the top five wreck dives in the Red Sea:

One of the world's best wrecks, the SS Thistlegorm was a British freighter bombed by the Germans in 1941. Today, the wreck lies 30 metres deep in the waters of Sharm el Sheikh and contains a museum of British military supplies, including tanks, ammunition, cars and arms

Carrying a cargo of wood, this 100-metre long cargo ship met its watery demise colliding with the Sha'ab Abu Nuhas reef (also known as the Reef of Seven Deaths due to the presence of seven wrecks). Resting at 25 metres, Giannis D is carpeted in colourful corals and harbours a wealth of marine life, from moray eels to schooling barracuda

One of the oldest wrecks in the Red Sea, the SS Carnatic also sank after colliding with the Sha'ab Abu Nuhas reef in 1869. A steam-and-sail powered clipper, the Carnatic was carrying a precious cargo of gold when she sank - look out and you may just find a coin (albeit, highly unlikely)

Sunk in 1876, the SS Dunraven was carrying a cargo of cotton and spices before colliding with the southern end of the Sha'ab Abu Nuhas reef. The wreck now rests at a maximum depth of 25 metres and is broken into three parts, with an interesting swim-through passing two boilers and huge shoals of fish that reside there

Another casualty of the Sha'ab Abu Nuhas reef, this 100-metre long cargo ship sunk in 1981 while carrying a cargo of floor tiles to Jeddah in Saudia Arabia, thus gaining its unofficial title as the 'Wreck of Tiles'. The wreck sits 28 metres down, on the sea bed, and can easily be penetrated, with much of its equipment still intact 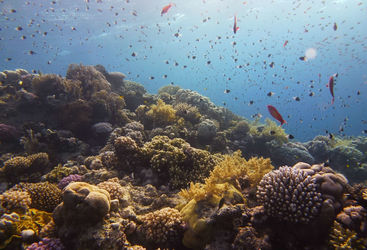 On this week-long Egyptian adventure, experience some of the best diving in the Red Sea aboard the Red Sea Aggressor II, diving on pristine coral...
8 Days
From £2,115pp 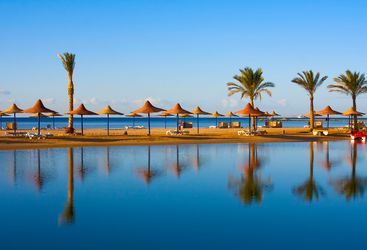 Jacqui is our 'Wreck Diving Egypt' expert and as a seasoned traveller has the inside track on the most memorable adventures.