Ollie is here to help give you the inside track.

On this 11-day itinerary, set sail to the remote volcanic Revillagigedo archipelago (better known as Socorro) to dive with some of the world's most sought-after marine life, including amazing interactions with curious giant mantas and dolphins, whale sharks, humpback whales, and up to ten species of shark.

Itinerary at a Glance:

Why Book with Original Diving?

Your flight departs London Heathrow in the evening, flying via Mexico City to San Jose del Cabo in the south of Baja California, taking around 16 hours.

Your flight arrives into San Jose del Cabo in the morning. Once you have passed through customs you will be met in arrivals and transferred to buzzy Cabo San Lucas.

Indulge in a delicious breakfast in one of the restaurants lining the beach (it's never too early for tacos) before dropping off your luggage at the Nautilus hospitality suite at midday. Spend a couple of hours exploring the town or parked up on the beach before boarding the boat in the late afternoon.

Once you have boarded you will be given a full safety briefing before the boat sets sail south overnight towards the Revillagigedo Archipelago (better known as Socorro).

Enjoy a delicious breakfast spread onboard as the boat continues to sail towards San Benedicto, the most northerly of the islands of the Revillagigedo Archipelago.

Depending on weather conditions you should arrive at the volcanic San Benedicto island in the late afternoon with enough time for one checkout dive before the sun goes down.

The checkout dive will be done on one of the more sheltered sites so you can get used to the equipment without having to worry about the currents, which can be strong around these islands. While it may be sheltered, you are still likely to see lots of marine life including piles of sharks, shoals of jacks and hidden lobsters.

Silky sharks are attracted to the noise and vibrations of the boat so swim round it. At night, bright lights will be suspended off the back of the boat so you can have amazing interactions with them in the water while snorkelling.

Today you're in for a treat as you mingle with the marvellous marine life on four dives at El Boiler and El Canyon off San Benedicto Island.

A shelved pinnacle protruding through the ocean, El Boiler acts as a focus point for passing marine life which congregates here. This site is particularly well known for its bottlenose dolphins with a penchant for playing with divers. Also look out for giant mantas, although measuring over five metres they are hard to miss. Like the dolphins, they are extremely friendly and will swim very closely over the top of you, especially if you purge your regulator to tickle their tummies with bubbles.

El Canyon has two cleaning stations which are popular with large pelagics including mantas, hammerheads, Galapagos and silky sharks. Watch the action unfold as these large species pass through the site for a spring clean by smaller fish like the brightly coloured Clarion angelfish. After the final dive of the day, the boat will sail overnight to Socorro island.

The mantas and dolphins at El Boiler are very friendly and curious, and will come and investigate you closely, especially if you swim like a dolphin. The mantas love the feel of divers’ bubbles on their bellies so will swim very close over the top of you.

Today you will spend the day diving around Socorro island.

One of the best dive sites here is Punta Tosca, a wall dive covered with colourful fish and frequently visited by sharks, including hammerheads. Here you are likely to encounter more giant mantas, numerous shark species, playful dolphins and lots of huge lobsters. Between mid-January and mid-February, Punta Tosca is also a great site for spotting humpback whales.

Socorro island has very interesting topography both below and above the water and between dives the RIBs will take you to see some of the dramatic caves and arches on the cliffs surrounding the island.

In the evening recount your day's diving over a delicious supper as the boat sails to Roca Partida.

You will spend the next two days diving around Roca Partida. While this small rocky outcrop might not look like much above water, beneath the waves is truly mind boggling.

Never has 'fish soup' been more apt than when describing the array of marine life that frequents this site, from huge schools of pelagic fish such as tuna, wahoo and mackerel, to up to ten species of shark (silky, silvertip, whitetip, Galapagos, hammerhead, tiger and whale sharks among others have all been seen here), giant mantas flanked by large remoras and, of course, dolphins. Look out into the blue and you might come across a fever of hammerheads or even a humpback whale cruising by. On the rock itself, you'll see ledges piled up with whitetip sharks sheltering from the currents, surrounded by huge lobsters.

While there is only one site at Roca Partida (you can easily swim around the island on one dive if the currents aren't too strong), there is so much action that you'll want to go in again and again.

After the last dive on the second day the boat will sail back to San Benedicto island.

While this tiny island doesn’t look like much from the surface, when you descend for a dive you will see that the sea is teeming with life – large schools of fish, lots of sharks and you never know what might be passing by in the blue! It really is an incredible site.

Today you will spend your final day diving back at San Benedicto island, so get ready for lots more manta and dolphin encounters to round off the trip.

After the final dive of the day the boat will start heading back to the bright lights of Cabo San Lucas.

Day 9: Back to Cabo San Lucas

Today the boat will continue the journey back to Cabo San Lucas.

The ship will sail all day to reach the harbour early the following morning. While the ship is sailing, make use of the amazing facilities onboard the ship, including the hot tub. You will also be shown a slideshow of photos and videos from the trip to help reflect on some amazing memories.

The boat will arrive into the harbour at Cabo San Lucas early in the morning, disembarking at 0830.

You will have the rest of the morning to relax in Cabo San Lucas ahead of your flight this evening. You will have access to Nautilus's hospitality suite during this time, where you can relax for the day or leave your bags for a final explore of the town, before you are privately transferred to the airport in the afternoon for your overnight back to the UK via Mexico City.

Your flight arrives back in London around midday.

A Rough Idea of Price

While all of our holidays are completely tailor-made and prices will vary based on things like time of year and level of accommodation, we want to give you as good an idea of how much this itinerary will cost. The below prices are based on two people sharing.

If you would like to book the exact itinerary mentioned above, with economy flights, during mid-season and staying in our preferred room category at our preferred hotels.

If you would like to pare back the above itinerary by travelling at non-peak times, staying in a standard room and removing some or all of the guided activities.

If you are looking for something extra special and would like to add business or first class flights, stay in top room categories at some of the most luxurious hotels we work with, and add more activities and guiding. 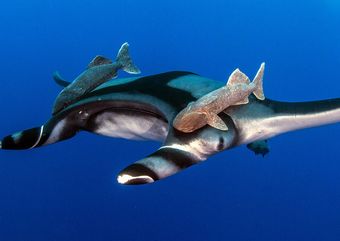 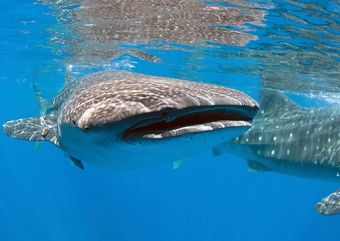 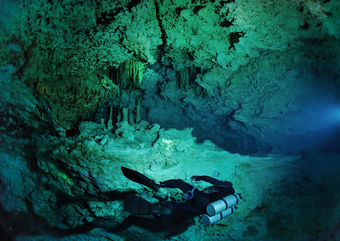 Ollie is our expert for this itinerary and as a seasoned traveller they have the inside track on the most memorable adventures.