Sarah Conner: Across Ice And Tropics

There aren't many people who can list diving with orcas in Norway, descending into eerie ice worlds in Greenland, technicolour coral reefs in Raja Ampat and being dwarfed by blue whales, pilot whales and sperm whales in the deep blue as part of a day's work. Scientist, producer and diving extraordinaire, Sarah Conner's, extensive career has seen her work on the BBC's Earth's Natural Wonders, the multi-award-winning Operation Iceberg and most recently Blue Planet II. We caught up with her to see how she managed to bag the best job in the world (official title). 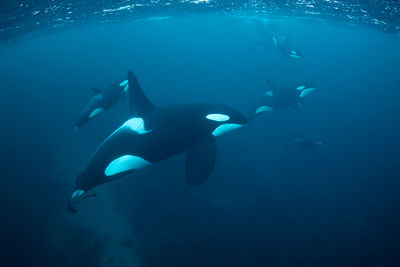 How did you get into diving and where did you learn?

I learnt to dive in the UK just before going to University as I wanted to ice dive - it was amazing to explore a new world. Within my first year I had several hundred dives under my belt and led an expedition to arctic Norway to learn to ice dive, explore the frozen lakes and fjords and snorkel with orcas in Tysfjord. 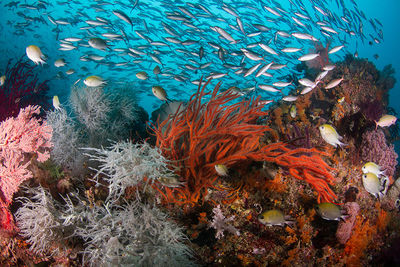 What is your favourite diving destination and why?

Well that depends. I love diving in Scotland as it was my home and the sea is so beautiful and diverse. I loved diving in Greenland out in Baffin Bay for cold water diving and diving in a blue lake on a glacier up in north Greenland was very special. Raja Ampat in Indonesia has such beautiful coral, so many types of reef fish and some good megafauna so that's pretty good for warm water diving. 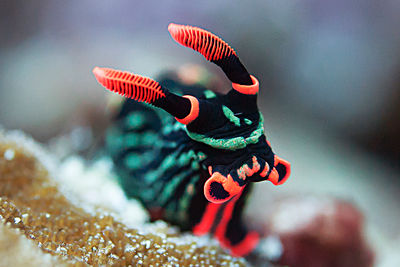 What is your favourite marine creature and why?

I love all marine life and I really enjoy being in the water with cetaceans like the big whales, as you feel them studying you as much as you study them. But the most delightful creatures are nudibranchs - they can be as small as a grain of rice and very varied in bright hues when really they are just extremely exotic slugs. They can make an ordinary or low vis dive more interesting as you have work to find them and then can spend ages watching or photographing them. 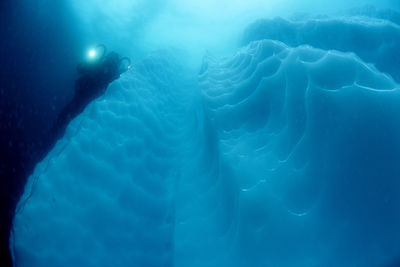 How did you end up working on the Blue Planet II series?

I was in science before TV but was instructing a lot and was an ice diving instructor trainer. One of my dive organisations turned 50 at the same time as the CBBC series Blue Peter and was asked to suggest an instructor to teach a Blue Peter presenter to dive, and then to ice dive, so I ended up with the role and it changed my career. Diving has given me many of my jobs in TV, and allowed me to work on some exciting programmes including Blue Planet II. 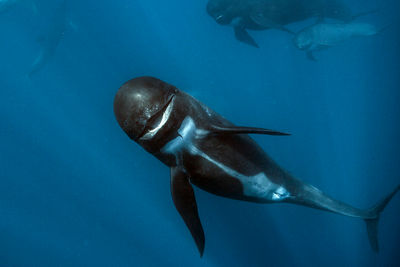 Which episodes did you work on?

I was officially Assistant Producer on the 'Big Blue' episode set in the open ocean so I spent lots of time in the beautiful blue ocean on boats looking for cetaceans, but I directed a number of shoots for almost all the episodes. 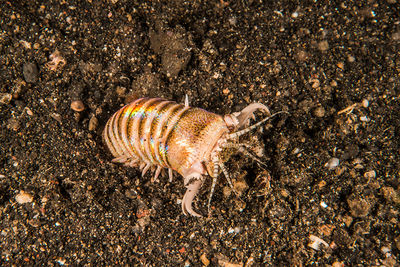 What was your favourite moment working across the series?

We had been trying for days to film the bobbit worm (from the 'Coral Reefs' episode), diving eight hours a night every night, but it was being shy. We decided to test my camera operator, Hugh Miller's, prototype underwater infrared light and suddenly our world turned black but the bobbit stopped being shy and took down a massive lion fish! 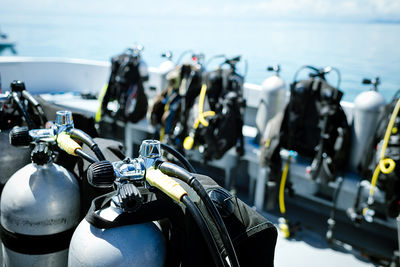 What was your toughest moment filming the series?

When filming in a remote and not so clean location I got an ear infection and went to see a local doctor, who had different practices to UK doctors and chose to puncture my eardrum and never asked me, which led to the infection spreading further in my ear and into my sinuses. This infection lasted a number of weeks, with the eardrum having a reasonable sized hole in it, and also caused some motion sickness. Neither of which are ideal when working on your dream series which involves you diving and spending time on boats. Luckily the infection cleared and my ear drum healed very well and I got back to diving and not getting sick on boats!