A look into the past in the Red Sea

As with many divers, the Red Sea has been on my bucket list since I learnt to dive almost 20 years ago, but until recently, I hadn't yet made it there. With the winter weather still blighting Blighty and the flight only five and a half hours from the UK, I thought it would be the perfect time to get some sun and do some diving! After landing in Hurghada, I was quickly whisked to the marina where I boarded the Red Sea Aggressor II just in time for dinner as we sailed north... 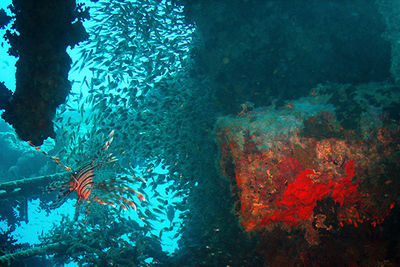 The following morning, after a couple of check-out dives, we moved to Abu Nuhas reef, also known as the Reef of Seven Deaths due to the presence of seven ship wrecks. While there we explored three very different wrecks: the Giannis D, a cargo ship that sank after hitting the reef in 1983; Chrisoula K, a cargo wreck carrying Italian tiles before it sank in 1981; and the Carnatic, a British steam-powered ship and one of the oldest wrecks in the northern Red Sea. The ship sank in 1869 while sailing between Suez and Bombay, taking with it £40,000 worth of unfinished gold coins, only half of which have been recovered since the sinking. 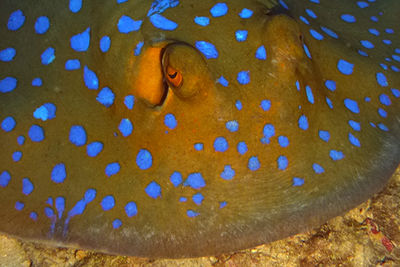 We then headed to Gubal Island where we dived on the barely-intact wreck of a barge, which is home to lots of marine life including two huge eels named George and Georgina, a large feather tail ray and a couple of crocodile fish trying to blend in with their surroundings. On a branching coral in a nearby lagoon we found tiny lemon gobies (a new species for me) hiding among the coral branches. I also found a couple of brightly coloured nudibranchs.

The final dive of the day was a night dive on the reef close to the boat. Here we found lots of lion fish hunting, sleeping fish, a small cuttlefish and a couple of Spanish dancers, a large and bright red coloured sea slug (sadly not actually dancing). 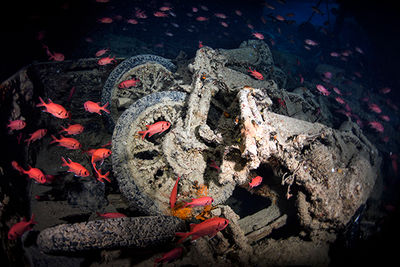 The next day was reserved for the most famous wreck in the Red Sea, The Thistlegorm. This was a large cargo ship that was used during WWII to carry military supplies to Egypt for the British. In 1941, as it passed through the Gulf of Suez, it was bombed by the German Luftwaffe who thought it was carrying troops. This is a must-see site for any history buff as you can see trucks, airplane parts, munitions, bombs, rifles, motorbikes, rubber boots and locomotives. The wreck is also covered in marine life, and I saw a sleeping turtle, a large moray eel, crocodile fish, blue spotted rays and a huge school of batfish. We did four dives on the wreck, going around and inside it during the day and at night.

After the afternoon dive on the wreck, we went out on the zodiacs to a nearby reef where we snorkelled with a small pod of curious bottlenose dolphins as the sun went down. A perfect way to end the day. 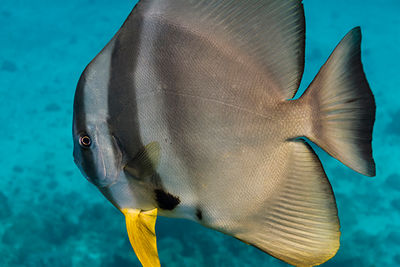 Next up was Ras Mohammed National Park - one of the most famous dive areas in the world and home to the Shark and Yolanda reef, so named because of its proximity to the Yolanda wreck. This was a beautiful site and a real highlight of the trip for me. The shallow reef is carpeted with soft corals and fans, anthias fish, lots of other fish and a very chilled turtle. The wreck itself is too deep to dive at 160m, however, the cargo, including toilets and bath tubs, lies in the shallows between the reefs. While in the area we also did a couple of dives close to Tiran Island, which featured more beautiful coral gardens where we saw more of the usual suspects along with a large Napoleon wrasse. 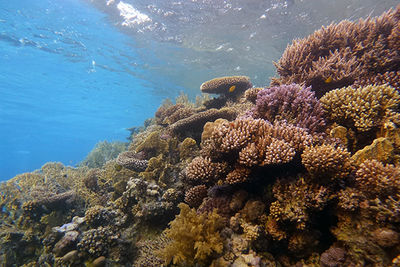 Heading back towards Hurghada we stopped off for one final dive at Dolphin House. Here, some of the group were lucky enough to swim with sleeping dolphins, although they'd unfortunately scarpered by the time I got there!

I would definitely recommend diving the Red Sea in the winter months. While the water gets a bit chilly (23-26oC), above the water it is warm and the dive sites are a lot less crowded than they would be at other times of year. Egypt really is a great year-round destination and for those of us based in the UK it's a relatively short-haul destination, so when would you like to go?