A man stands in solitude at the front of a ship, peering over the horizon pensively. Jack? Waiting for Rose? Thankfully this isn't Titanic and the only 'I'm flying' scene was from the marine life (bird-eating fish, anyone?). Sir David Attenborough and his dulcet tones have returned to take us to explore the wonders of the ocean like never before.

And the first episode 'One Ocean' didn't disappoint. In fact, it was all rather…overwhelming. How are we supposed to wait for next week's episode? And where on earth can we find these creatures? Although, we already know the answer to the last question. And we'll even share it with you. It's time to don your best Attenborough voice and jump on the Blue Planet bandwagon to explore the world's most enticing marine life. 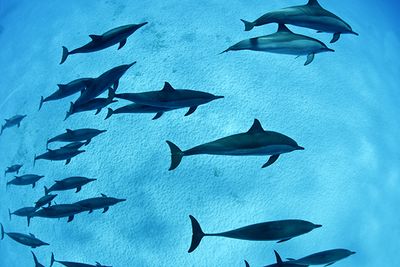 The reoccurring stars of the show, a group of bottlenose dolphins, displayed their intelligence in Egypt's Red Sea as they taught their calves the valuable life lesson of rubbing themselves against a gorgonian sea fan for its anti-inflammatory properties. But you don't need Blue Planet to marvel at these magnificent creatures' intellect. Head to the Red Sea and see for yourself (ask Head of Diving Louisa Fisher about her recent encounter). Oberoi Sahl Hasheesh houses an excellent dive centre where you can set out in search of dolphins or explore the outstanding house reef straight from the beach. 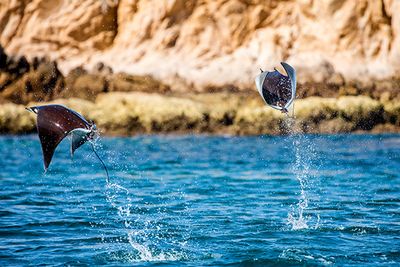 The scene starts with the dramatic somersault of a mobula ray out of the sea followed by a popcorn pop as it belly flops back down (ouch…). Why do they flip? Scientists are still trying to uncover the secret, but for now, get a front row seat to the spectacle in Baja California in May, when hundreds of mobula rays gather in the Sea of Cortez. Base yourself at Costa Baja Resort, which, perched on a hill overlooking the ocean is a perfect gateway to this natural spectacle. But for the most intimate encounter, set out at night and watch the sea become sprinkled with stars as swarms of rays feast on bioluminescent plankton. 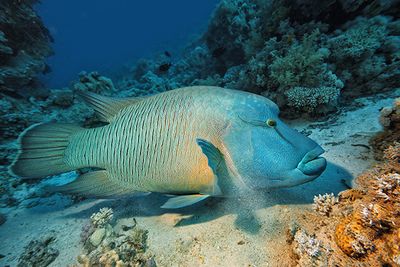 Who can forget the determined little tuskfish cracking the clam? Challenging our (mis)conceptions of fish intelligence, this little critter was filmed from Lizard Island, the northernmost island on the Great Barrier Reef. Set out from Lizard Island Resort to witness this little fish in action alongside a plethora of other marine life, including giant 80lb cod, clownfish, bumphead parrotfish and the Napoleon wrasse. Similar to the Asian Sheepshead wrasse spotted in Blue Planet they are also capable of changing sex. 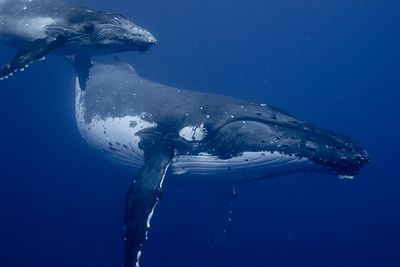 We can all agree that the scene with the humpback whales swooping in on the orcas was pretty spectacular, if not, how shall we put this, a tad chilly. But you don't need to submerge yourself in sub-zero seas to be serenaded with whale song. Between June and October, stay at Azura Quilalea Private Island and spend days at sea watching humpback whales frolicking with their young as they pass through the Mozambique Channel between the African mainland and Madagascar. 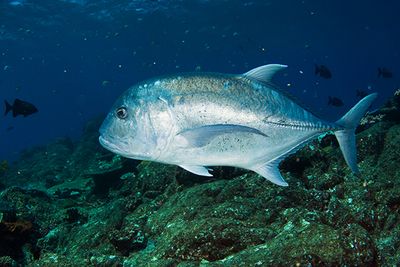 We were all rather shocked when the brutish giant trevally engulfed the poor baby chicklet. But when not devouring birds, they're a fascinating sight to behold. You can spot them throughout the waters of the Indo-Pacific, however one of our favourite destinations is Komodo. Set sail on the M S/V WAOW, a traditionally designed Indonesian sailing vessel, and spot these predators alongside (and sometimes hunting) a whirlpool of marine life (it is located in The Coral Triangle, after all).