In a series of regular blogs, Dive in Style author and founder, Tim Simond, will discuss the why and what of Dive in Style, and will share his experiences of the resorts and dive sites we feature at Dive in Style.

Unfortunately, I came to diving too late - 20 years too late. Having travelled the world from a young age, including the Maldives when even the travel agent had to look them up on the map and the only shower was a tin can, I am still haunted by what, as a then non-diver, I did not see.

When I finally discovered what I was missing, at least I could console myself that I had already done a lot of the groundwork and so was well placed to start travelling again, this time married to both my wife and my expanding love of diving. And so I began to wander the planet, now with the goal of finding some of the best diving, and as I grew older and more able to afford it, I wanted more than a dive resort, I wanted much more comfortable hotels with all facilities and activities - I wanted my holidays to be spoiling as well as exciting.

As I became more selective, I wondered just why luxury and great diving had to be mutually exclusive, why couldn't one have both, and why did it seem to be so difficult to find? Then talking to friends and travelling with them I began wondering why families should be excluded unless they all dived as let's face it there was nothing in a 'dive resort' for those that did not.

So as I sought new holiday destinations, it was with some difficulty that I found them meeting all my new criteria. It appeared that no one was appealing to this market and consequently there was no information out there as to where you could have great diving and a great hotel, a hotel which you would want to stay at even if you did not dive, a hotel for families and couples with all the facilities you would expect. And then I wanted more, I wanted the dive facilities to be on a level with the resorts.

And so Dive in Style began. 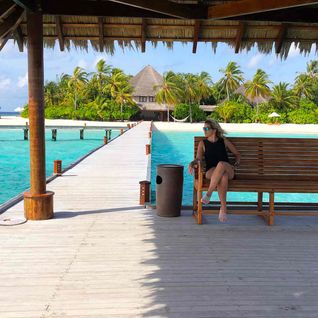