Diving the Remote Outer Islands of the Seychelles: Part I

As someone who has been diving for over 20 years, I had heard talk of the remote islands of Aldabra, yet I have to admit I had no idea where they were. Once I found out, and once I found out it might be possible to actually get there, the adventure began. What started as a conversation with the dive guides at Alphonse in late 2017 ended with Original Diving taking a group of clients on an exclusive trip to explore the islands of Aldabra in late 2018 - a trip led by me (all in the name of research), Tim Simond, author of Dive in Style and co-founder of Original Diving, and Sam Balderson from Blue Safari, the company that operates the lodges we were to be staying in… 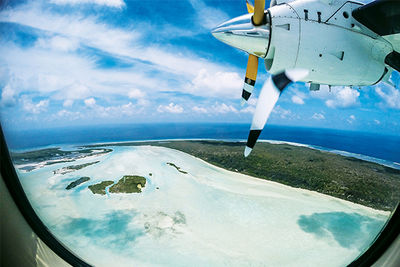 ADVENTURE TO THE OUTER ISLANDS

Setting off from London in the depths of a cold December, we flew to Mahé for a night to get over the jetlag before the real adventure was to begin on the islands of Astove and Cosmoledo in the Aldabra Atoll. Early the following morning, we took a small, 16-seater plane from Mahé to Astove, via the island of Alphonse; a total journey of some three hours and over 700 miles. The flight took us over the vastness of the Indian Ocean and gave us stunning views of the atolls as we came in to land. All part of the adventure. 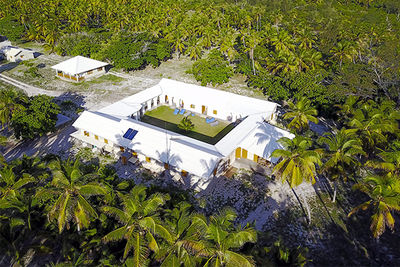 So, our first stop: Astove. This is a tiny island with a fascinating history. In the late 60s, the Veevers-Carter family, a husband and wife (British and American) and their three young kids, gave up their comfortable lives in the western world and moved to Astove to live off the grid.

Sadly, just two years into living there, the husband had to go to Kenya for dental surgery and passed away while under anesthetic. The wife tried to stay on the island but after a few months left to go back to New York. The coral house they built still stands as do some non-endemic livestock species such as pigs who are the ancestors of those released when she left! It's their original house that has been restored in which you spend your nights. The accommodation is basic but comfortable - a little lacking in creature comforts and style, but you aren't here for the accommodation… 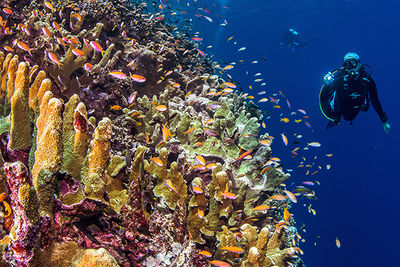 While this region is known for its fishing, we were there for the diving, and it is no exaggeration to call it world-class. The quality and variety of the coral is up there with anything I have seen, including the likes of Indonesia; it's simply stunning. The fish life is fantastic and the visibility, when the conditions are good, is 40m+.

There has been some, but limited, diving around Astove before. Liveaboards have passed through as have private charters, and a handful of divers have stayed at the lodge, but it still feels exploratory. We were the only dive group for hundreds of miles as it is wonderfully remote.

We completed three to four dives each day at various points around the island and all were exceptional. A couple of the dives were up there with the best I have done. Most of the dives are done on the Astove Wall which is just metres off the main beach, but there are sites all around the island - probably 15 or so that are currently known. 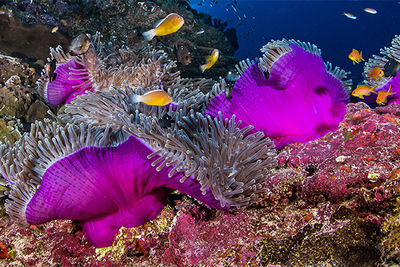 As mentioned above, the coral is stunning and one of the nicest things is that the coral gardens start in shallow water and drop off dramatically. This makes for beautiful safety stops and great snorkelling. The marine life is varied and there are a lot of fish. Not much in the way of pelagics though almost anything can turn up from time to time.

When not diving, there isn't a great deal to do (unless you want to fish too). You can explore the island a bit, but I would say you need to come here with a purpose. If you do, you won't be disappointed.

Interested in diving in the remote Outer Islands? Get in touch with one of our team to organise the trip of a lifetime…