From seals, to humpback whales, to hammerhead sharks. You'll want to pack a couple of logbooks for these mad marine destinations… 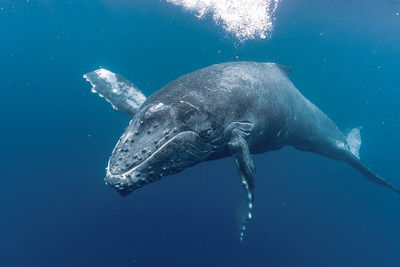 Swimming with humpback whales regularly tops the bucket list of divers and non-divers alike, but there are only a handful of places in the world to swim with these gentle giants, so it's also one of the rarest experiences. Luckily, humpbacks like to summer in turquoise lagoons, so if you visit Moorea between July and early November you can swim with them as they mate and calve, before island-hopping across French Polynesia to dive some of the world's most famous sites. 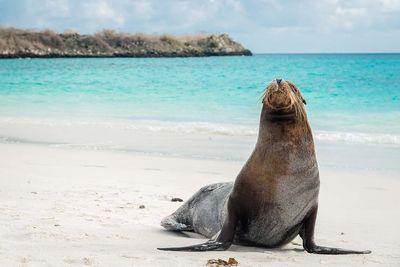 Unless you've been living under a rock, chances are you've heard of the Galapagos archipelago. Immortalised by Darwin's On the Origin of Species, this chain of islands scattered across the equador in the Pacific Ocean is frequented by just about all the big fish - from hammerheads and manta rays to whale sharks (June to November), as well as fur seals, sea lions, marine iguanas and Galapagos penguins - among the 20% of species here which are endemic. Set sail to the dive sites around the Wolf and Darwin islands and prepare to fill log-books two-fold. 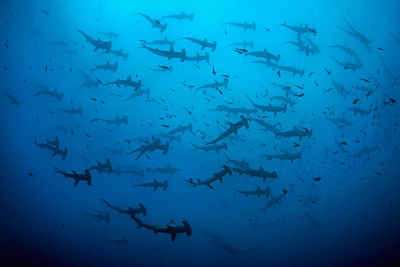 Cocos Island's aquatic calling card is sharks, sharks and more sharks, but especially scalloped hammerheads at the seamount Bajo Alcyone. Located 340 miles off Costa Rica in the Pacific, this site is only accessible by liveaboard, but it's worth any seasickness to see the silhouettes of endless hammerheads against the deep blue. For a truly original experience, venture down 300 metres to 'The Wall' in a deep sea submersible to seek out the elusive prickly shark. 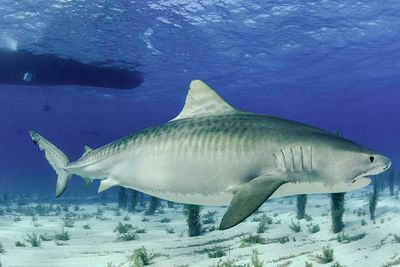 While the Bahamas might conjure wondrous images of pirates and booty, this archipelago harbours much more valuable treasure in the form of the Caribbean's best shark diving. Whether diving with great hammerhead, bull and nurse sharks just 8m down (meaning longer bottom time) in Bimini, or spotting the striped predators at 'Tiger Beach' in Grand Bahama and Caribbean reef sharks carefully conserved by the team at Stuart's Cove on Nassau, the Bahamas is wiping away any Jaws-inspired misconceptions about these misunderstood marine marvels. 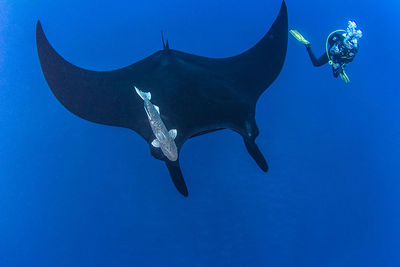 Hidden in the depths of the remote Eastern Tropical Pacific Ocean, Socorro is the largest of four islands that make up the Revillagigedo Archipelago, North America's largest marine reserve. Located some 280 miles south of the tip of Mexico's Baja California, it takes a full day's voyage to reach the archipelago, and while the islands themselves aren't much to look at, beneath the waves is where the magic happens. A fortunate conflation of currents has resulted in this region having some of the highest biomass of marine life per square mile in the world. In fact, this corner of the globe is so special that Mission Blue, the conservation brainchild of legendary Oceanographer Sylvia Earle, declared it a 'hope spot', imperative to the health of the ocean. Teeming with life, thi is where the big fish gather.