A Wild Encounter With Orcas

For the last two years I have been lucky enough to travel across the world, diving in the crystal clear waters of Papua New Guinea in between being greeted by traditional 'sing-sings' in local villages; seeing amazing fish and coral diversity in Raja Ampat; diving in the cenotes of the Yucatan peninsula and coming face to face with friendly mantas, dolphins, false killer whales and plenty of sharks in the Revillagigedo archipelago. However, my best underwater experience was completely unexpected. 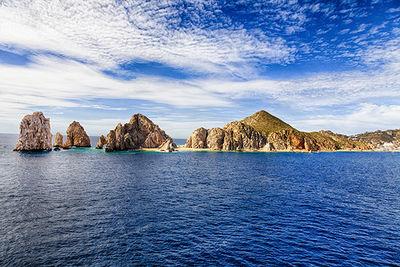 A change in plan

I arrived in Cabo San Lucas two days before I was due to depart for the Revillagigedo archipelago. On the day I arrived I received an email from Jorge Hauser, CEO of the Solmar V, who was due to join us on the next trip. He had bad news. The crew had been checking the weather forecast for the area around the island and two hurricanes were due to come through, even though it wasn't yet hurricane season. He said that there was therefore a change of plans and we would be heading into the Sea of Cortez which is a lot more sheltered than the open seas out to Socorro.

Two days later we left the Cabo San Lucas marina for Cabo Pulmo Marine Reserve. Established in 1995 after the local fishermen in the area saw that their catches were decreasing year by year, the fish biomass is estimated to have increased by nearly 500%, which is a similar level to that of a reef that has never been fished, quite an achievement!

That morning we piled into two pangas and headed out east in the direction of La Paz. Apparently orcas had been spotted coming south from La Paz a day earlier so it was possible that we might intercept them. We soon encountered the splashes from breaching mobula rays, which aggregate in the area in summer and are a favourite snack for orcas, but there were no tell-tale spouts of water… until suddenly we were surrounded by them! 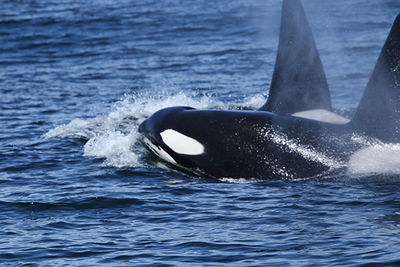 Everyone rushed into action sending fins and masks flying and within seconds two van-sized whales appeared from out of the blue, whistling and turning to see what strange creatures were invading their underwater world before continuing with their journey. We climbed back onboard while trying to absorb what we'd just witnessed before searching for more whales. We repeated this process several times before we noticed that a couple of whales had changed their behaviour and were circling in one area. 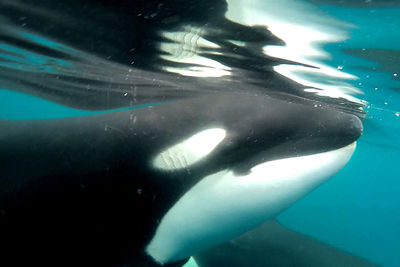 We got in the water and saw that they were surrounding a pelagic ray which was very reluctantly staying at the surface. The orcas would take it in turns to do a swim-by of the ray, slapping it out of the water with their powerful tails while checking out the group of humans in their midst. This behaviour continued for about half an hour before the orcas got bored and the ray, which by this time had sadly died, sank to the bottom of the sea.

We didn't get back in the water after that as we knew it would be hard to beat that half an hour spent face to face with these amazing animals but followed them for the rest of the day until they had disappeared into the distance and it was time for the afternoon margaritas back onboard. 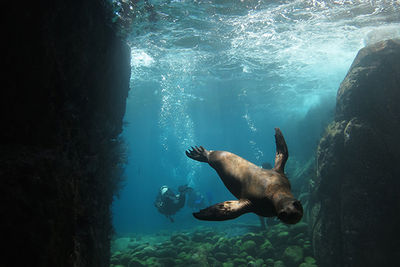 The trip of a lifetime

It was impossible to beat that day on the rest of the trip but we did go on to dive with bull sharks in Cabo Pulmo and several friendly sea lions around the islands close to La Paz. Due to the change of route and the shortening of the trip, Jorge generously said that we could all come back on the Solmar V for a trip to Socorro in the future, and as one of the few people still in Baja California by the time of the next departure, I was able to board again a few days later and this time I made it to the island. But more on that next time… 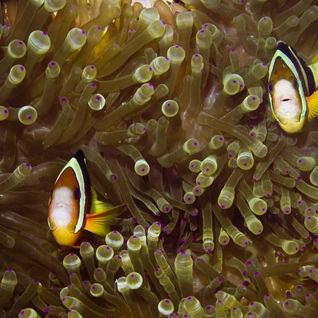 Hot Off The Press

We've cracked hundreds of fortune cookies, consulted the stars and searched far and wide for Doc Brown (of Back to the Future fame), yet still can't predict the next few months for Britain (or this week's lottery numbers). We can, however, give you the inside track on the latest new… 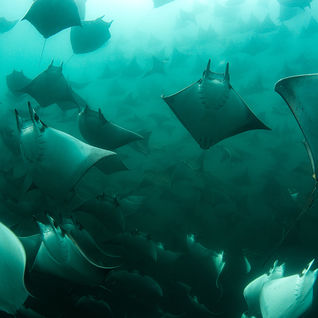 Original Dive Photographer of the Year 2019

After much heated debate, a bit of argy bargy and very nearly fisty cuffs, we're delighted to announce the winner of our Original Dive Photography Competition. We challenged photographers of all levels to show us their most original diving photo, showcasing the magic of the underwater world… 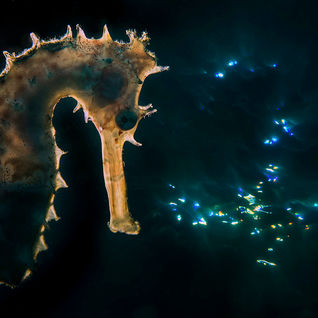 Snapshots of time, passports to other worlds and instruments for change, photography is the most powerful tool. We might be biased, but underwater photography truly trumps on the nature scale; it allows us to explore the ocean's greatest (and still largely undiscovered) depths, celebrate its…