What if we told you that Treasure Island was real? That hidden in the remote corners of the Eastern Tropical Pacific Ocean lies an immense and intoxicating treasure trove. Okay, so there might not be booty but what those fabled buccaneers (read: we) did encounter was much, much better. Prepare for your logbook to take a hammer-head-ing (sorry) because the potential for bucket list marine encounters here is off the charts, from humpback whales and manta rays to hammerheads in their hundreds to pregnant whale sharks. 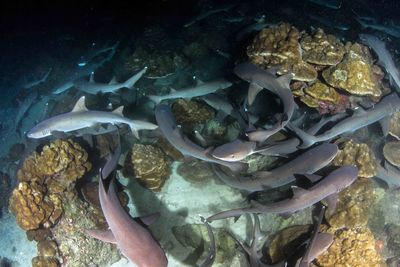 While the Tropical Eastern Pacific Ocean is vast and varied (over eight million square miles, to be specific), there are three sets of islands in particular that stand out: Socorro, Cocos and the Galapagos. The treasure islands, if you will. As the remnants of volcanic activity dating back millions of years, these underwater mountains benefit from a fortunate conflation of currents resulting in the richest biomass of sea life per mile than any other sea region in the world. 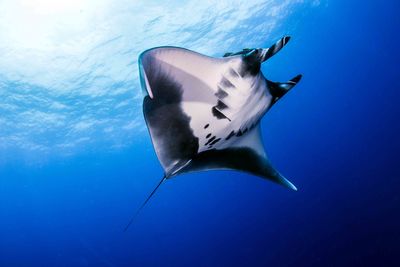 WHERE: 250 miles south of Los Cabos in the Revillagigedo Archipelago, reached by the luxurious Nautilus Belle Amie.

WHILE YOU'RE THERE: Spend a few days in Cabo San Lucas, springboard to Socorro, and swim with orcas as they hunt their prey (read about Original Diver Lauren's experience here). 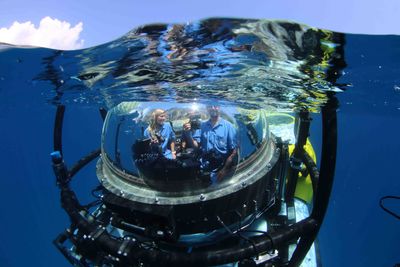 WHERE: 340 miles offshore from Costa Rica, reached by luxury liveaboard the Argo.

HIGHLIGHTS: Sharks, sharks and more sharks. But especially scalloped hammerheads, which you can witness in their hundreds at the submerged seamount, Bajo Alcyone.

WHILE YOU'RE THERE: Venture 300 metres deep to 'The Wall' to seek the elusive prickly shark in a deep sea submersible (yes, you read that right). 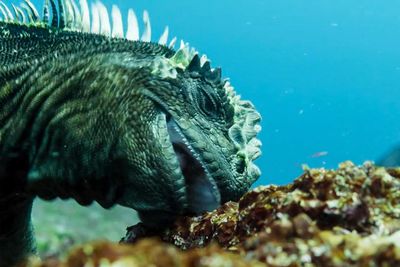 HIGHLIGHTS: The usual suspects plus pregnant whale sharks (scientists believe they come here to give birth between June and November). Not to forget the endemic species, including Galapagos penguins and fur seals, marine iguanas and red-lipped batfish.

WHILE YOU'RE THERE: Safari in Santa Cruz to spot ancient tortoises, blue-footed boobies, Galapagos hawks and more - it's all very David Attenborough.